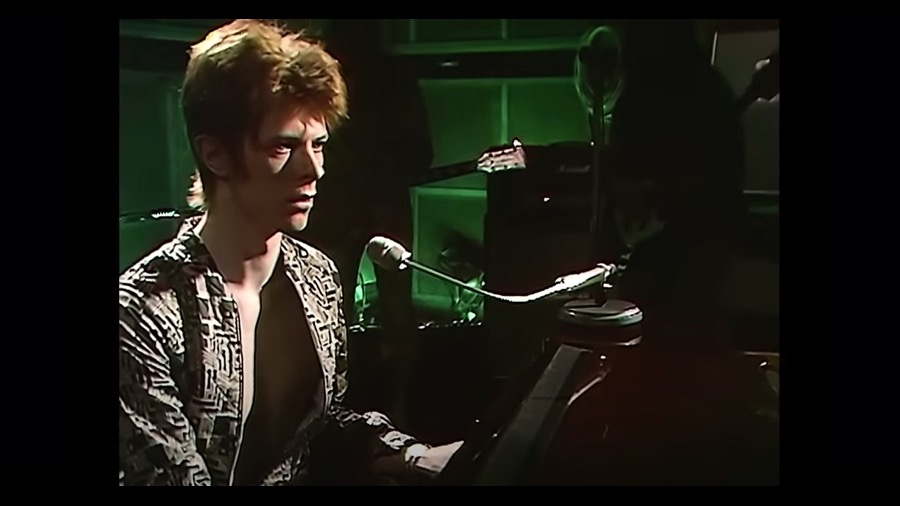 (hennemusic) David Bowie's team is streaming newly-upgraded rare video footage of a 1972 UK television performance of "Oh! You Pretty Things" as part of the ongoing 50th anniversary celebrations of his album, The Rise And Fall Of Ziggy Stardust And The Spiders From Mars.

Bowie - as Ziggy and joined by his band, The Spiders From Mars - can be seen delivering the single from his 1971 record, "Hunky Dory", during an appearance on the classic BBC music series The Old Grey Whistle Test; it was one of three songs the rocker performed just days before the launch of the first Ziggy Stardust tour.

"So, of the songs recorded, 'Oh! You Pretty Things' would probably have been the best advert for the tour, in that it was freshest in the public memory, having spent several weeks on the UK singles chart for Peter Noone the previous May and June, when it peaked at No. 14," notes Bowie's team. "However, in their wisdom, the BBC didn't broadcast 'Oh! You Pretty Things' for another ten years, probably considering the song a little too mainstream (due to the Noone connection) for the often chin-strokingly serious TOGWT.

"All three tracks were eventually released officially on the Best Of Bowie DVD (including an alternate take of Oh! You Pretty Things) and they still look and sounds as fresh and exciting today as they ever did."