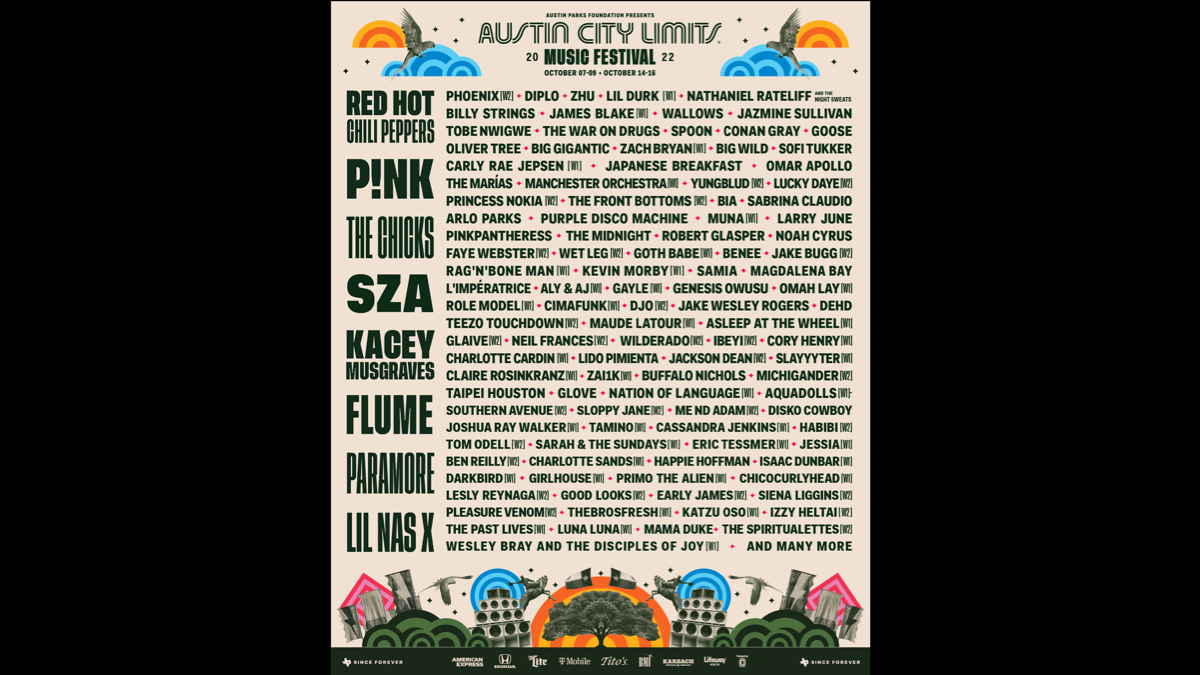 The Red Hot Chili Peppers and Paramore are the rock artists that have been named as headliners for the 2022 installment of the Austin City Limits Music Festival.

The event will also feature headline sets from P!nk, The Chicks, Kacey Musgraves, SZA, Flume and Lil Nas X when it takes place October 7-9 and October 14-16, 2022, at Zilker Park.

Spread over two weekends, and featuring nine-stages, the festival will also include a diverse lineup of performers including Phoenix (Weekend Two only), Diplo, ZHU, Lil Durk (Weekend One only), Nathaniel Rateliff and the Night Sweats, Billy Strings, James Blake (Weekend One only), Wallows, Jazmine Sullivan, Tobe Nwigwe, The War on Drugs, Spoon, Conan Gray, Goose, Oliver Tree, and many more.