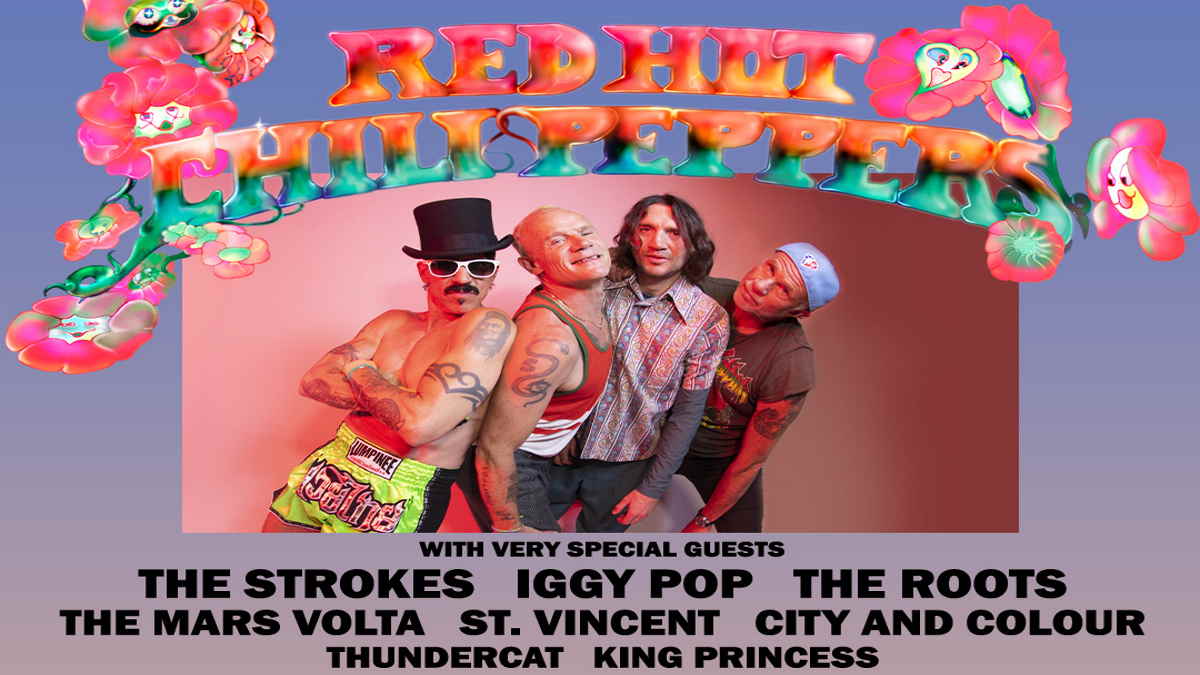 The Red Hot Chili Peppers have announced some brand new North American and European tour dates for next year that will be launching in support of their two chart topping albums of this year.

The band will be launching the North American dates this coming spring, kicking things off on March 29th in Vancouver, British Columbia at the BC Place and will wrap up the trek on May 25th in Houston, TX at the Minute Maid Park.

The European dates are set to begin on June 18th in Landgraaf, Netherlands at Pinkpop and will conclude on July 23rd in Glasgow, Scotland at Hampden Park.

They will be joined by various support acts on the dates including The Strokes, Iggy Pop, The Roots, St. Vincent, The Mars Volta, City And Colour, Thundercat, and King Princess. See local listings for exact support for that vene.

The tour dates will be in support of the band's two chart topping 2022 albums, "Return Of The Dream Canteen," and "Unlimited Love". Tickets are scheduled to go on sale to the general public this Friday, December 9th at 10 a.m. local time.