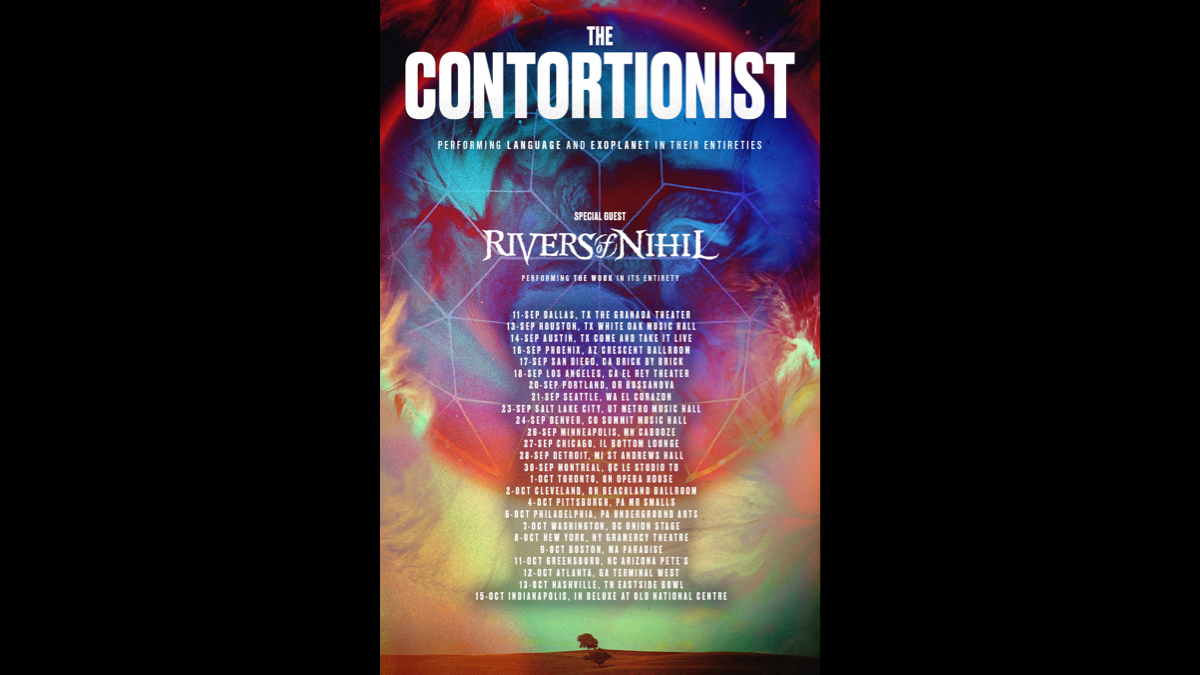 Rivers Of Nihil have announced that they will be hitting the road this fall for a North American tour supporting The Contortionist where they will be playing their latest album, "The Work" in its entirety.

The tour is set to kick off on September 11th in Dallas, TX at The Granada Theater and will wrap up on October 15th in Indianapolis, In at Deluxe @ Old National Centre.

Guitarist Brody Uttley had this to say, "We can't wait to hit the road with The Contortionist this September. On the heels of playing Where Owls Know My Name in its entirety in 2019, we've decided to offer our fans another full album live experience.

"The new songs that we've been playing from The Work have been going over in a huge way live, so we hope to make this one the most immersive live experiences that we've ever brought out. This one is sure to be one to remember. See you there." See the dates below: