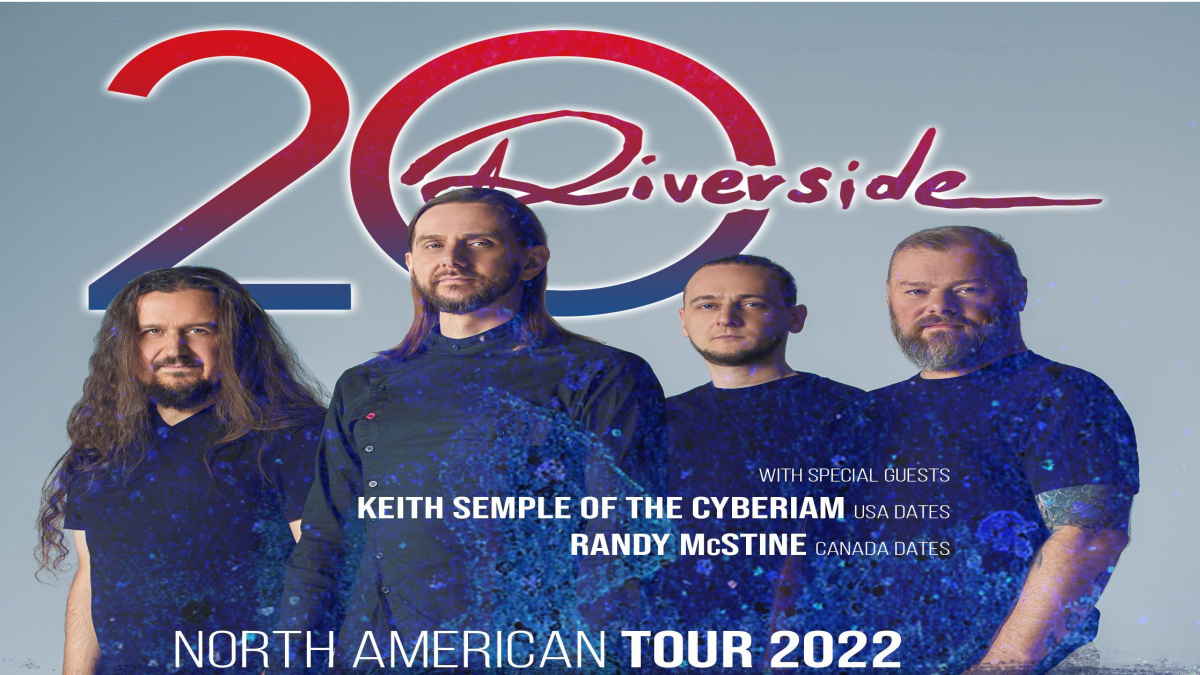 Polish rockers Riverside have announced that they will be launching North American and Latin American tour legs this spring as part of their 20th anniversary celebrations.

Mariusz Duda had this to say, "We're celebrating the 20th anniversary of Riverside in very demanding and difficult times. Nevertheless, we keep on fighting and we can't wait to go on our next tour of the States, Canada, and Latin America. We have prepared for you a very special set featuring music from all of our albums. We hope you'll like our choices."

The North American tour will feature special guests Keith Semple of The Cyberiam (for USA dates) and Randy McStine (for Canada dates) and is set to launch on April 2nd in Atlanta.

The leg wraps up on April 30th in Baltimore, MD at the Baltimore SoundStage and the band will then take part in this year's Cruise To The Edge which runs from May 2nd through 7th and sets sail from Port Canaveral, FL.

Riverside will then launch the Mexican and South American leg on May 8th in Mexico City and have announced dates through May 15th in Sao Paulo, Brazil. See all of the dates below: