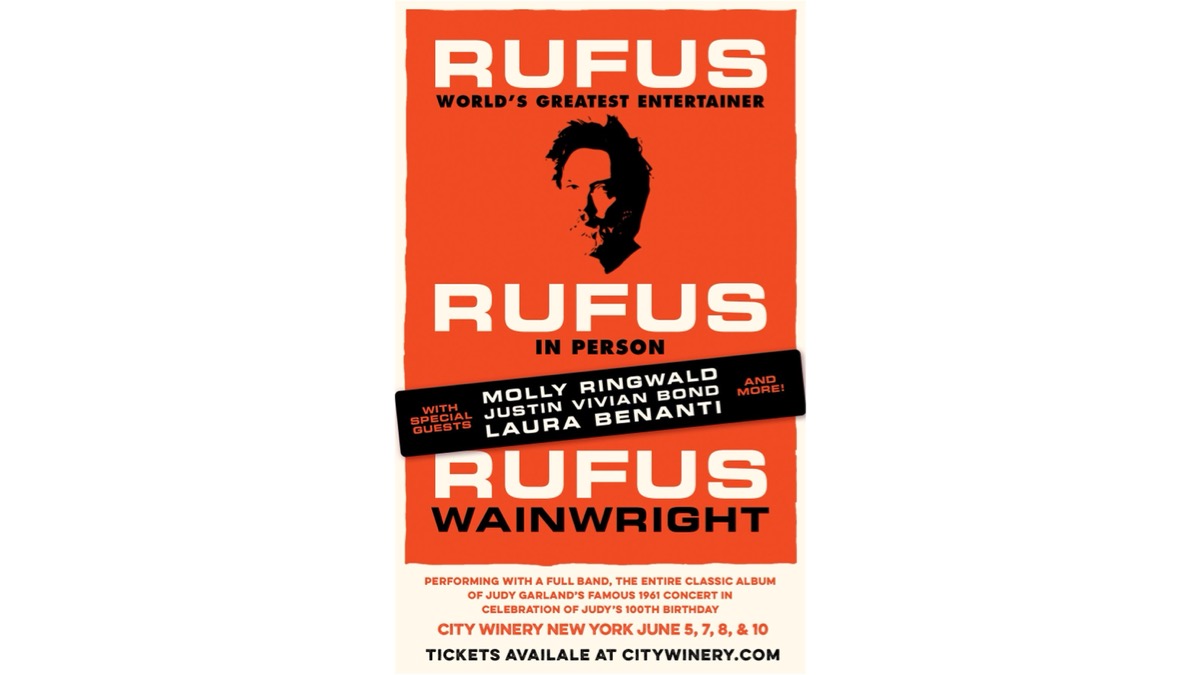 (Big Hassle) Rufus Wainwright has announced the special guests who will join him and his band's celebration of Judy Garland's centenary with their upcoming New York City residency.

The Rufus Does Judy at City Winery residencies will be taking place at the City Winery in New York City on June 5, 7, 8, 10, followed by Chicago on June 16th and 17th.

Special guests for the New York shows will include Laura Benanti (June 5), Mx Justin Vivian Bond (June 8), and Molly Ringwald (June 10), with more to be announced in the coming weeks.

Early sets will cover songs from "When You're Smiling" to "San Francisco," while late shows will feature "I Can't Give You Anything But Love" to "Chicago," with additional surprise numbers during both sets.