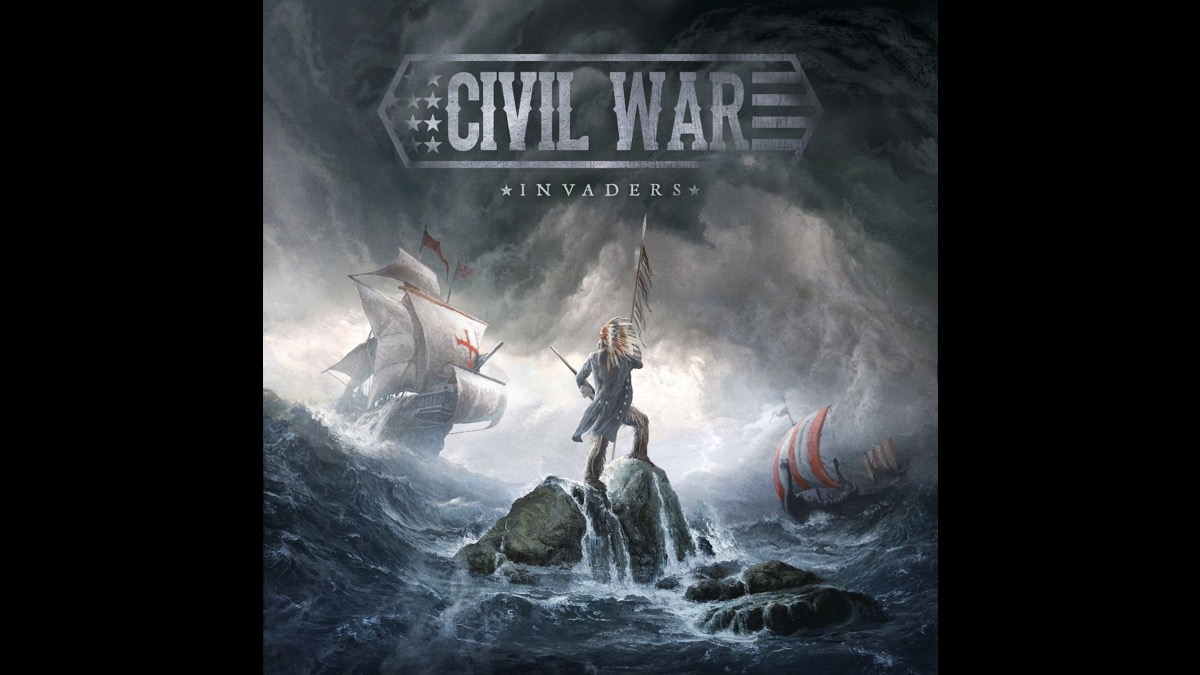 Sabaton offshoot Civil War have released a lyric video for their brand new single "Oblivion". The song comes from their forthcoming album, "Invaders", which arrives this Friday, June 17th.

Vocalist Kelly Sundown Carpenter had this to say about the song, "Oblivion is about the Gaia-like force of nature waking from its long sleep. As it looks out upon the world, it sees what man has done to the Earth and it decides to eradicate mankind by unleashing cataclysmic events."

Keyboardist Daniel Myhr said of the album, "It took its time, but we're happy and proud to present our new album Invaders to the world. CIVIL WAR is back in a nice, new uniform, and with Kelly Sundown Carpenter and Thobbe Englund joining the ranks we have finally put together our fourth full-length album.

"By taking one step in every direction we have taken our sound to even darker places, but also to more positive ones. But one thing remains the same - our roots in Heavy Metal!" Watch the video below: