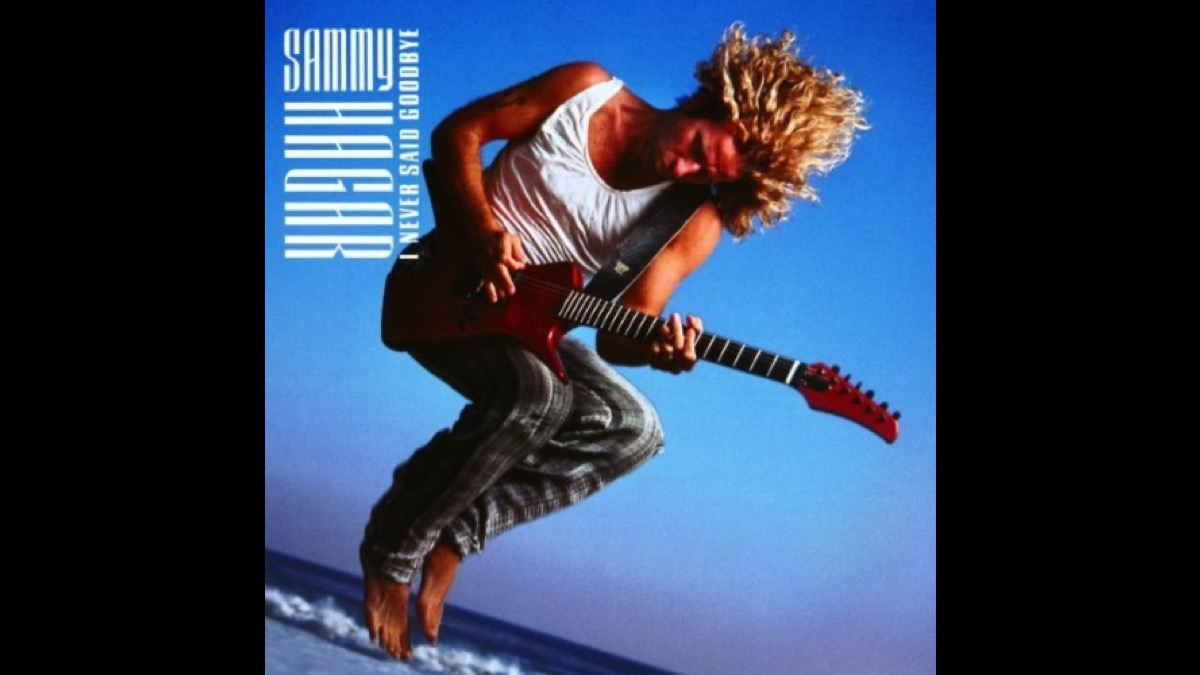 The 35th anniversary of Sammy Hagar's 'I Never Said Goodbye' album is being celebrated by the syndicated radio show In The Studio With Redbeard: The Stories Behind History's Greatest Rock Bands.

Redbeard had this to say, After years of struggle as the undercard rock palooka who could take a punch and never go down, in 1984 Sammy Hagar answered the bell and came out swinging, scoring a technical knockout with his mainstream hit 'I Can't Drive 55' from his eighth solo album VOA. Then in 1987 Sammy won by a knockout with his solo album I Never Said Goodbye, at #14 his highest charting album ever, and that while being newly installed as Van Halen's lead singer.

For over almost five decades, Sammy Hagar has punched way above his weight, from co-writing and belting out the songs on that first classic Montrose album in 1973, to a decade of undercard matches night after night as a solo bandleader. Finally breaking through to an arena headliner in the mid-Eighties with million sellers Three Lock Box and VOA in 1984, Hagar got the high risk/high reward job of fronting one of America's biggest bands then, Van Halen. But Sammy Hagar had to provide a new solo album to his former record company to make the deal.

"Simply titled Sammy Hagar upon release that Summer 1987, it has since been re-titled I Never Said Goodbye, but the songs remain the same: the plea for the Red Rocker's Golden Rule, 'Give to Live'; Top Gun training soundtrack 'Eagles Fly'; and the affirmation of 'Returning Home'. Hagar reveals some deeply held intensely personal insights into what has driven him to this day as the leader of the superstar bands Chickenfoot and now Sammy Hagar & the Circle." Stream the episode here.