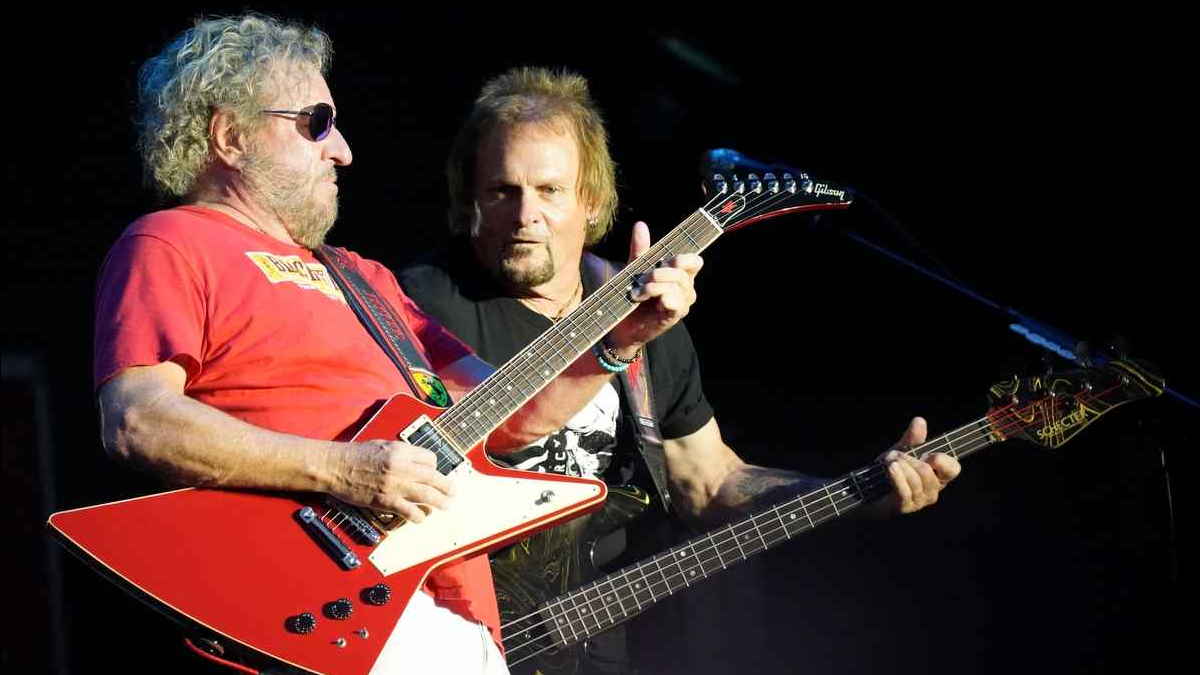 Hagar spoke about the record, which was produced by Dave Cobb (Rival Sons and Slash Featuring Myles Kennedy And The Conspirators), with Forbes during a chat with his forthcoming "Cocktail Hits" book.

He revealed, "We're gonna have a new record coming out in the next couple of months. We're gonna release the first single. We made a record called 'Crazy Times' with Dave Cobb.

"We did it at this RCA Studio with all that vintage equipment, it sounds phenomenal. It's great, my best songwriting ever, best production ever, and we made four videos already."

Sammy also spoke about working with Cobb on the album in Nashville. He shared, "David Cobb said, 'I'm not gonna do anything that even sounds anything remotely country on this record, 'cause I wanted to make an Americana record a little bit less hard rock.'

"He goes, 'I wanna make 'Standing Hampton'. I wanna make the record I grew up on, I wanna hear you and Mikey sing like you did in 'Top Of The World' with Van Halen. That's what we're gonna get out of you guys."

"And he'd come up and squeeze it out of us, and it's like this book, it's a hybrid of everything I've ever been involved with musically. David Cobb is the reason because he squeezed it out of me.

"He said, 'This is what I grew up on, motherf***er. You ain't gonna get away with working with me and try to do something else,' you know what I mean? And that's when I learned, and I know he worked with Slash next, and I'm sure Slash found out the same way this guy wants to rock; he don't wanna make no country record with Sammy Hagar."