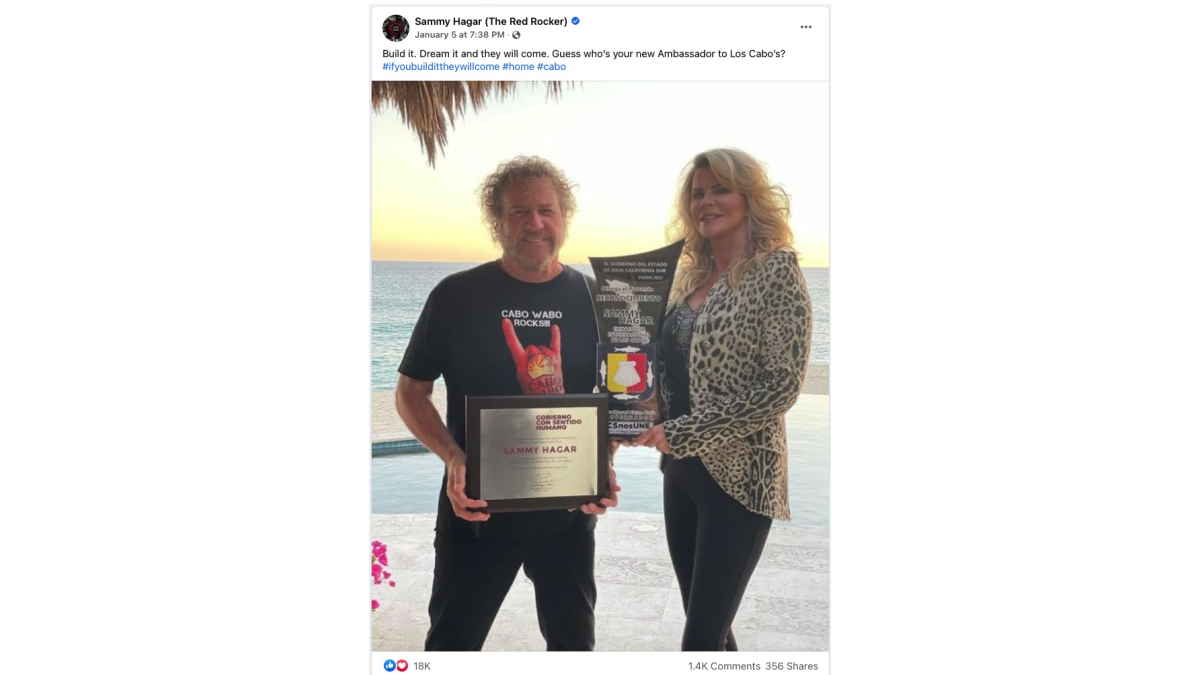 "Sammy Hagar has long been the unofficial ambassador to Los Cabos," said Leggs Castro, "and through this official designation, we look forward to strengthening our tourism brand and economic growth through his global appeal."

"Sammy Hagar's pioneering vision to create and invest in Mexican businesses, including Cabo Wabo Cantina, Cabo Wabo Tequila and Santo Tequila, have created countless local jobs and have enhanced Los Cabos' visibility as a travel destination," added Jeffries. "His unwavering dedication through good times as well as through immense challenges like hurricanes and the pandemic has been extraordinary."

Hagar - who first became a fan of the region in the early 1980s, years before it had the infrastructure to become a travel destination - would go on to write the 1988 Van Halen track, "Cabo Wabo", and launch the flagship Cabo Wabo Cantina in Cabo San Lucas in 1990 and promote it through his annual series of Birthday Bash concerts at the venue; the brand has since expanded to locations in Las Vegas and Hollywood.

"Being honored for anything in Los Cabos is the same as being honored in my hometown," raved Hagar. "I will treasure this award will continue to do my part in bringing this, one of the most beautiful places in the world, to the rest of the world as your new ambassador of tourism." Celebrate by streaming "Cabo Wabo" here.