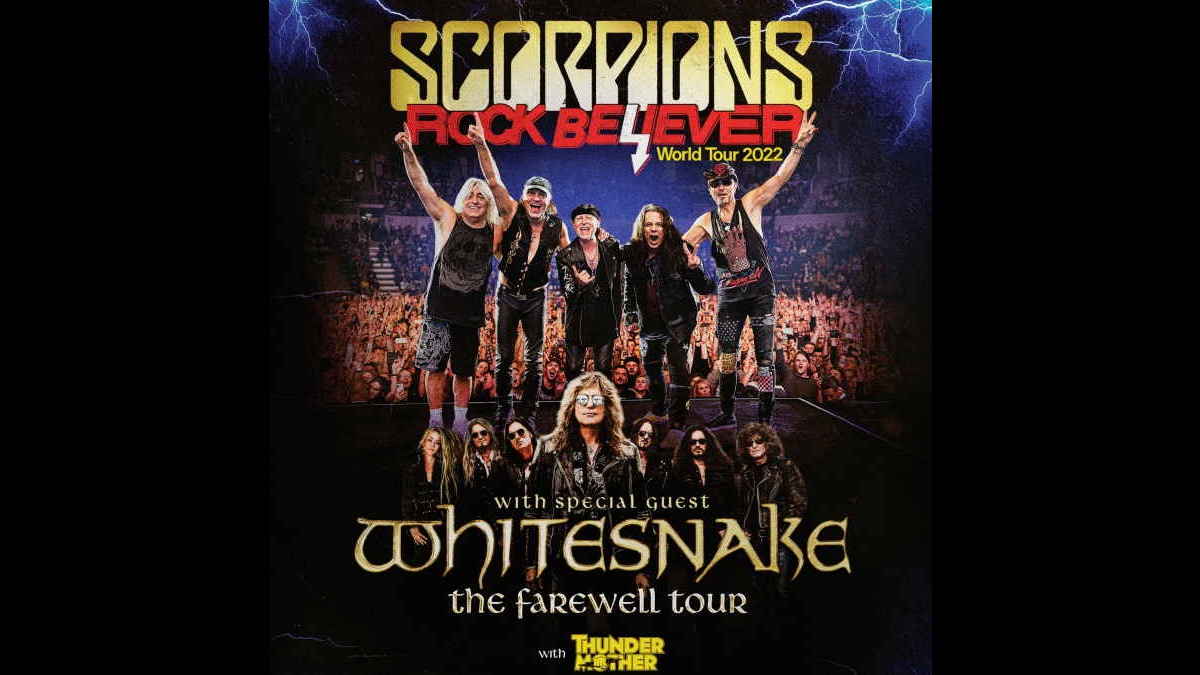 The Scorpions have announced that they will be launching a North American tour this summer that will also feature special guests Whitesnake on their Farewell tour.

The new leg of the Rock Believer World Tour will be kicking off on August 21st in Toronto, ON at the Budweiser Stage and will conclude on October 21st in Las Vegas at Mandalay Bay.

Frontman Klaus Meine had this to say, "After the amazing start we've had with our residency in Las Vegas, it's about time to come back for a real tour to rock the U.S. like a hurricane again. We can't wait to see all you Rock Believers out there!" -

Whitesnake legend David Coverdale added, "Once Again It's Time To Feel The Sting Of The Scorpions & The Bite Of The Whitesnake!!! Can't Wait!!!." See the dates below: