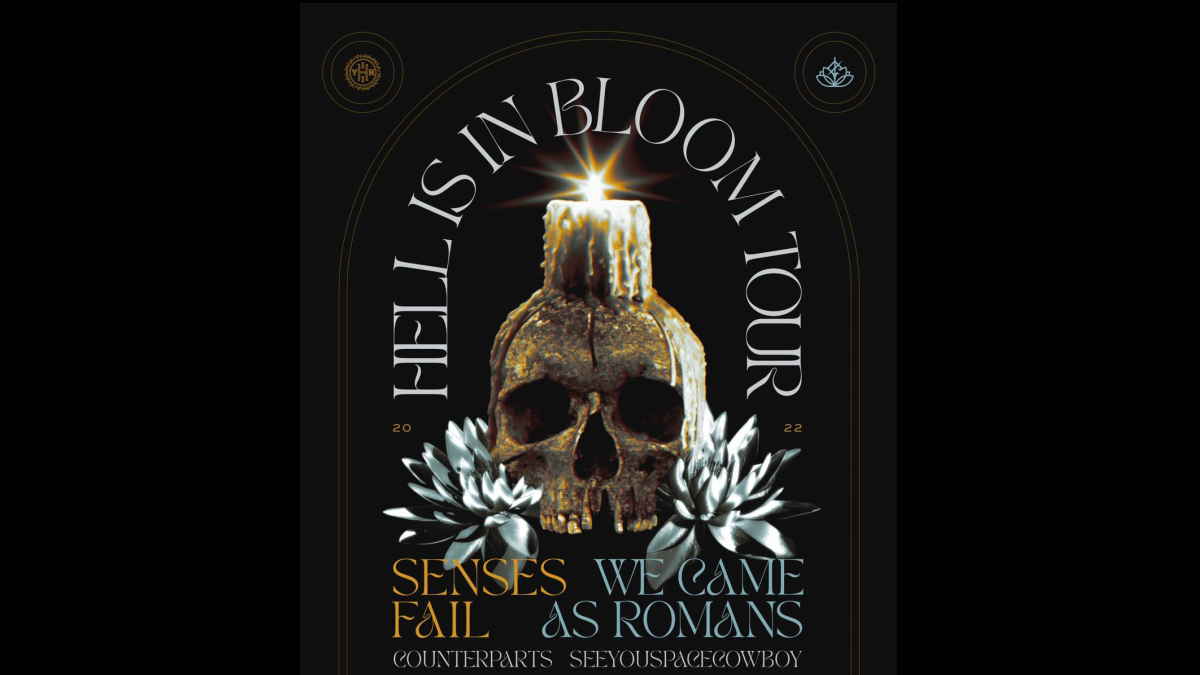 Senses Fail have confirmed the rumors that they have canceled their U.S. tour with We Came As Romans, Counterparts, and SeeYouSpaceCowboy this spring.

Frontman Buddy Nielsen shared this explanation, "We're sorry to announce that we must cancel the Hell is in Bloom tour. This was a very fast-moving situation, and it was our intention to notify all relevant promoters, bands, and personnel first before taking something to the public. Unfortunately, some information leaked, and news and rumors began to swirl. This is a tough situation, and we respect everyone's anger and feelings towards the cancellation of the tour.

"Before the initial announcement of the Hell is in Bloom tour, we were hit with a couple curveballs. Due to the pandemic and supply chain issues, we were told our record release needed to be delayed and moved from April to July. I also found out that my wife and I would be expecting our second child who would be here at the beginning of March.

"Last week, we were presented with an opportunity to push back our touring schedule by taking another tour. As difficult of a situation it was, we came to our decision for the following reasons.

"I would have more time to be at home with my family after the birth of our new son. The chance to be able to support my wife, my daughter and my newborn son is something that greatly influenced my decision to make this change. I do not make my decisions alone and when I discussed this with my family, my wife urged me to stay, and we both felt that given the options it would be the best course for our family.

"Lastly, this new tour that will be announced very soon, is something that has us very excited. We felt this tour would be something new and exciting for our fans, and the opportunity to align our album release with being on the road to properly promote it just made sense.

"We apologize to all the fans, bands and crew that were looking forward to this tour. In our twenty years as a band, we have only canceled one other tour that was on sale, it is not something we take lightly and not something we have a history of doing.

"All tickets and VIP packages will be available for refund at point of purchase. We appreciate your love and support and look forward to seeing you this summer or in the future. - Buddy"