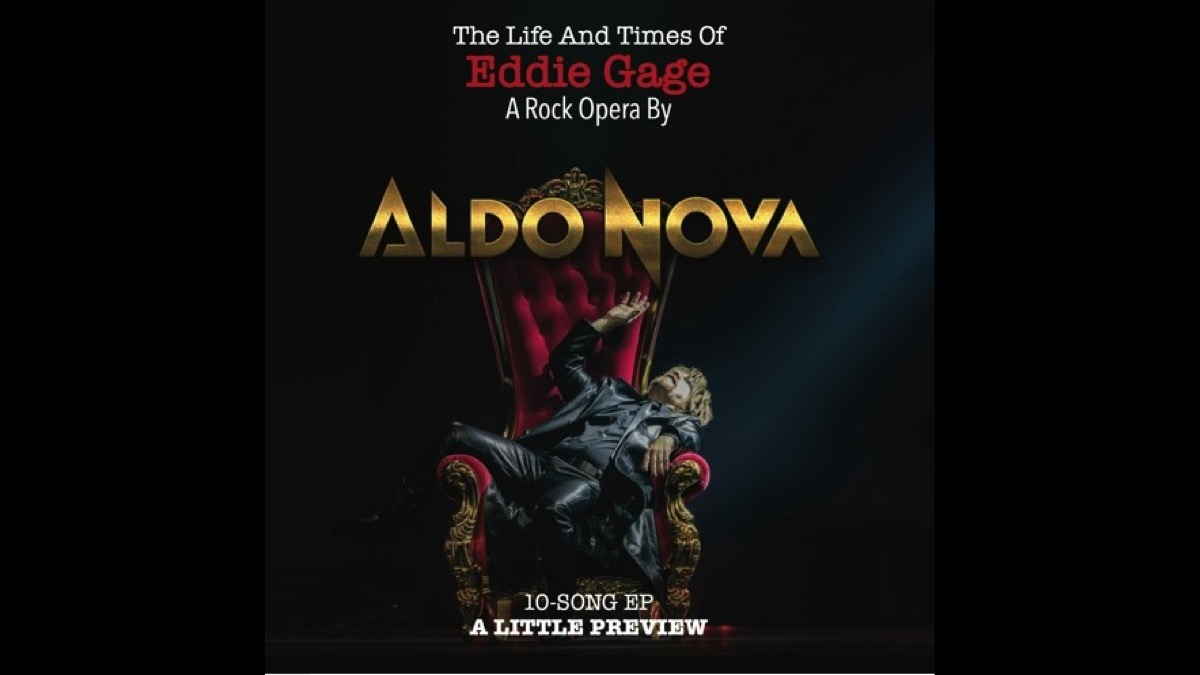 The Life And Times Of Eddie Gage cover art

Rock veteran Aldo Nova just released his brand new concept EP, "The Life And Times Of Eddie Gage" and to celebrate we asked Aldo to tell us about the song "Free Your Mind". Here is the story:

The whole EP The Life and Times of Eddie Gage isn't just the story of a young rock star reaching fame, losing it, and rising again, but is based on theology and mysticism. All the names of the characters have to be decoded and the lyrics must be read to see who the real people are in the story and they are not just record company executives and so on. So "Free Your Mind" is no exception.

The song "Free Your Mind" happens three months after Eddie Gage gets signed and is now a superstar. It describes Eddie playing for a packed arena of screaming fans, and when I recorded it, my musicians were told to play as if they were playing to a packed arena and give it their all, and they do because I play with the best and just push them to the max, and they enjoy playing to the fullest of their capacities.

"Free Your Mind" is one that reflects the kind of positive, almost spiritual message that's in most of Eddie's songs, and this is what's made him extremely popular with people because he urges them to be more open to change, but extremely, unpopular with the many villains in the rock opera.

The lyrics in this song can be interpreted in many ways but when he sings, "But the doctor that is comin' can prescribe you some spirituality," he is talking about having faith and hope. When he says "All you have to do is look up to the Son," the spelling of the word "Son" in the song make it very clear as to who he's singing about.

The rock opera pits the real-life people that surrounded me--I was shackled under crooked record company contracts, bad publishing deals, and managers-- against where I am now, 40 years later to the day in 2022 where I'm finally free and own 100% of everything. My lyrics are not and have never been songs that are fiction, from "Fantasy" to "Ball and Chain," where I tell a story with each song, to all the songs on my EP where, again, each song is a story. It's not "the rain in Spain" senseless lyrics, but just the opposite, because every song that I've written in my life is based on a true story, and "Free Your Mind" is no exception, because, I DID become famous three months after the release of my first album so I know what I'm talking about. And my fans expect the truth from me.

Hearing is believing. Now that you know the story behind the song, listen and watch for yourself below and learn more about the EP and his forthcoming Aldo Nova 2.0 Reloaded 3-disc set here