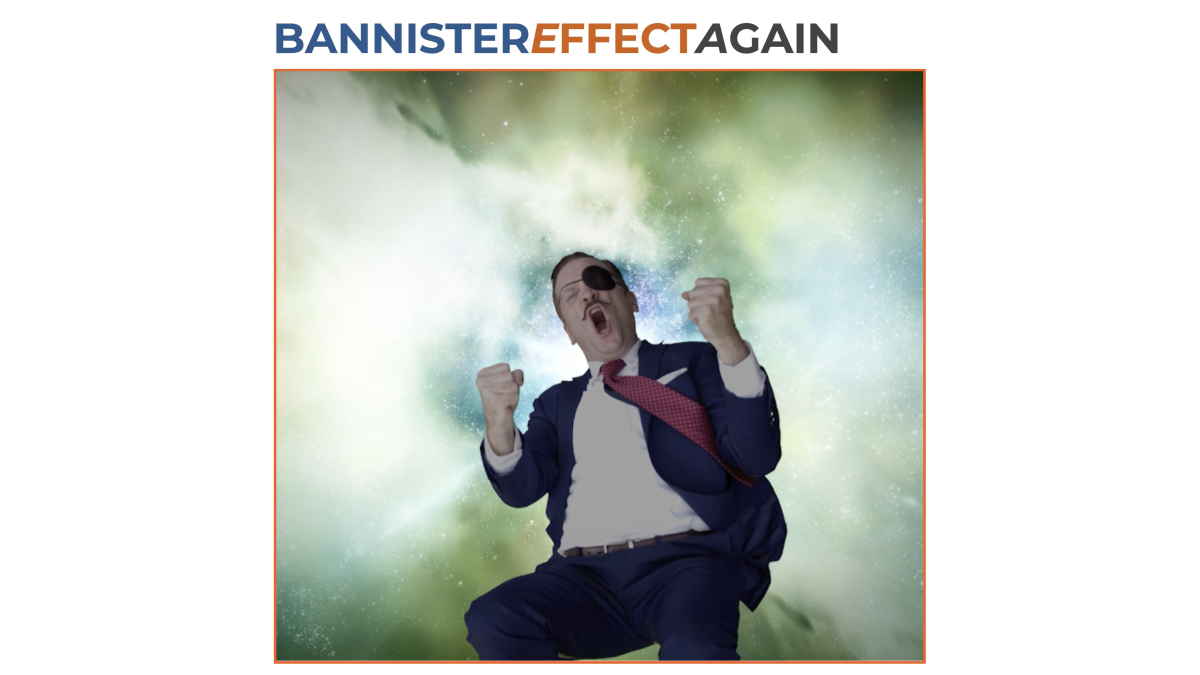 Bannister Effect (Eli Wenger and Joe Puleo) are gearing to release their debut album, "A Life I Knew" on January 21st and to celebrate we asked them to tell us about the record's new single "Again". Here is the story:

Eli Wenger: The song Again is a lighthearted attempt to address a serious and universal truth. The world will knock you down. YOU will knock yourself down. There is no escape from that reality. The question is whether you have it in you get back up. The song's sound and structure needed to capture the frustration and brutality of getting pummeled upon repeatedly, but also needed to recognize and embrace the grace that is needed to forgive both the universe and yourself, in order to get up and move on with life.

The video is about doing battle with your own worst enemy, yourself. That part of you that sabotages and gets in the way of all that you are trying to achieve, and all the ways you are trying to grow. We wanted a funny take on the way this battle takes place and Dave Orsborn nailed it, We have our hero at war with himself, an evil twin so to speak, who is throwing every plague he can think of at him. Eventually though, our hero must confront this part of himself that he fears the most, and though surrender, defeat him and put him to rest forever."

Joe Puleo: I was listening to Death Cab for Cutie's album Kintsugi every day when I wrote the core lyrics for the song "Again." At the time, I found solace and inspiration in Ben Gibbard's reliance on Kintugi (a Japanese art's philosophy of honoring the imperfection and the flaws of an object, "from broken to beautiful) to help him heal from his divorce.

For me, the Japanese proverb, (Nana korobi ya oki), that translates to 'Fall down seven times, get up eight.' was my mantra as I healed from a divorce. The metaphors which best helped me represent this concept were getting pummeled by waves on the beach and being punched repeatedly...and getting up again! This concept became the basis for "Again." Originally I called the song "Again and Again" to reinforce the notion of the repetition of the pummeling, but we ultimately felt the song makes the theme clear.

Dave Obsorn produced a seamless music video that adeptly blends both metaphors and delivers a powerful , cogent story true to its philosophical roots.