Singled Out: Dystopica's Time is Screaming 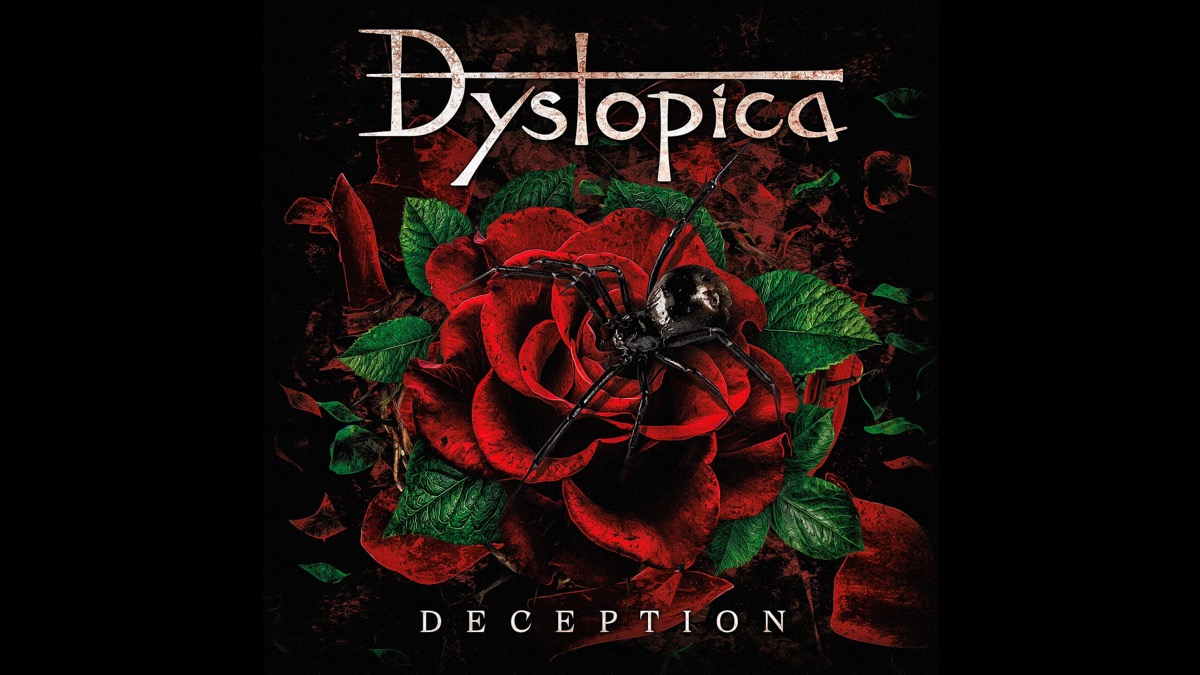 Connecticut-based heavy metal band Dystopica recently released their Deception EP, and to celebrate we asked frontwoman Becky Brideau to tell us about one of the song and she selected, "Time Is Screaming". Here is the story:

"Time is Screaming" is one of my favorite songs that I've written so far. When I was writing music for the new EP Deception my goal was to take the band's sound in a heavier more progressive direction. With that being said I wanted a song that was progressive, more so than "Lost Within Myself" from our first EP Perception which switches back and forth between 5/4 and 4/4 meter.

I remember the moment when the "Time is Screaming" song idea first came to me. It was late at night, and I had our other song "Narcissist" stuck in my head until out of nowhere I thought of the 7/4 bottom guitar riff (the riff played during the intro, verses, and guitar solo). Afraid that I would forget it, I recorded myself playing it on piano. This is usually how my song writing process is, I randomly think of a guitar riff or vocal melody then expand upon it later when I have a chance to notate it. When I started writing it out as a score I came up with the top guitar harmony for the 7/4 riff in the verses along with the music and lyrics for the chorus which is also in 7/4. The chorus lyrics and title were partly inspired by the realization that all five song titles on Deception could create two sentences if I title this one "Time is Screaming". With that being said, if you re-arrange all the song titles on Deception you will find that they do say something. However, the main lyrical inspiration came from the song itself.

Every song idea I have comes with a meaning, even if it's just music I already have an idea or emotion to go with it. Since this is my first composition playing with time to this extent I wanted it to literally be about time. This song is about time healing all wounds. It can be very frustrating and depressing when feeling stuck in a difficult chapter of life, but through time difficult moments can be resolved. After the chorus, I went back to work on the vocal melody and lyrics for the verses. Unlike a lot of other songs I've written, the vocals in the verses follow the steady beat, which is kept on the snare like a fast ticking clock, rather than the guitar riff. I love the way all the elements come together during this section, the two harmonized guitars playing the riff along with the bass guitar, the vocal melody, and the drums.

As I was writing "Time is Screaming" I knew that I wanted the bridge to take the song in a different direction. I started with the section after the second chorus that starts in 5/4 and changes the tone of the song making it heavier. Once the song is in 4/4 the lyrics go from being reflective and metaphorical to angry as I start yelling about people who spend all their energy destroying others and everything around them. When I wrote the next 5/4 section, I found it challenging to think of lyrics for it since they had to tie the whole song's meaning together as well as fit with the timing. In the end I couldn't be happier with the lyrics I chose. Besides the music I am very proud of the lyrics in this song and its overall meaning. After two measures in 6/4 the song transfers back to 7/4 with a guitar solo, verse, and chorus. I decided to tap into my classical soprano voice by singing higher at the end of the last verse then holding the note out over the last chorus and following it with a scream.

When I write a song with odd time signatures and time changes my goal is to make it sound as smooth as possible. I feel like I achieved that with this song. Despite it being mostly in an odd time signature and changing meter throughout the bridge, it flows pretty smoothly. This is also the first song I've written that constantly changes key, not just during certain sections but through the whole song. Overall, as a songwriter I took a big step with this song and managed to achieve what I was looking for.

Singled Out: Dystopica's Time is Screaming