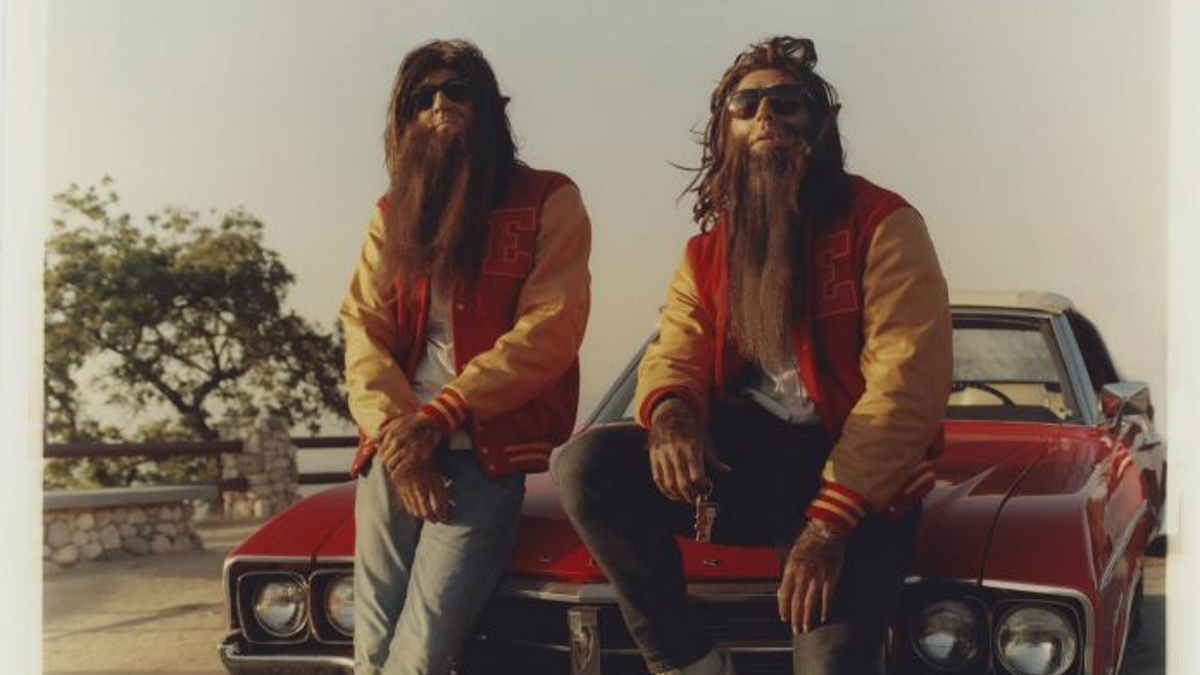 Emarosa just released a music video for their brand new single "Stay" and to celebrate we asked Bradley Walden to tell us about the track and the video. Here is the story:

"Stay" was written in Los Angeles, CA with our producer Courtney Ballard and co-writer Steffano Pigliapoco. It's definitely one of the first tracks we wrote on the album where I let my MJ flag fly. I remember writing the chorus in this falsetto voice and I really loved the subtle way it just glided through the instrumentals. Courtney suggested I put some power behind it and it really brought this powerhouse chorus to life. It's definitely one of the most "band" sounding songs on the album, whereas a lot of the new record is more pop-leaning production with processed drums/synths etc.

It's the story of a forbidden love, a dangerous desire. Taking a bite of the wrong apple, its bad but it tastes so good. I've had this idea for a long time to dive into the 80's Teen Wolf vibe and recreate something similar for a video. When we finished this song it felt like a no-brainer. We got top-notch Los Angeles makeup artists, started to storyboard the video and ordered some custom letterman jackets that looked like the ones from Teen Wolf. Coincidentally it's the same color as Michael Jackson's infamous letterman jacket in Thriller.

The shoot however was miserable, we're in Los Angeles in the middle of June? July? It's 90+ degrees outside and we're in this rented Buick with no AC and the top down. So our 10 pounds of sticky makeup is melting, our wolf hair is blowing every which way in the wind. I remember looking over at E while we were filming in the diner and he just looked miserable haha. We're outside and he's sitting on the back of the car with his beard just melting off his face. The finished product was amazing but I don't think we'll ever want to wear wolf makeup again. It made for a great story and a fantastic video but I think I still have glue in my hair."

Hearing is believing. Now that you know the story behind the song, listen and watch for yourself below and learn more about the forthcoming album "Sting" here

Emarosa's Chris Roberts Returns With The Difference Between