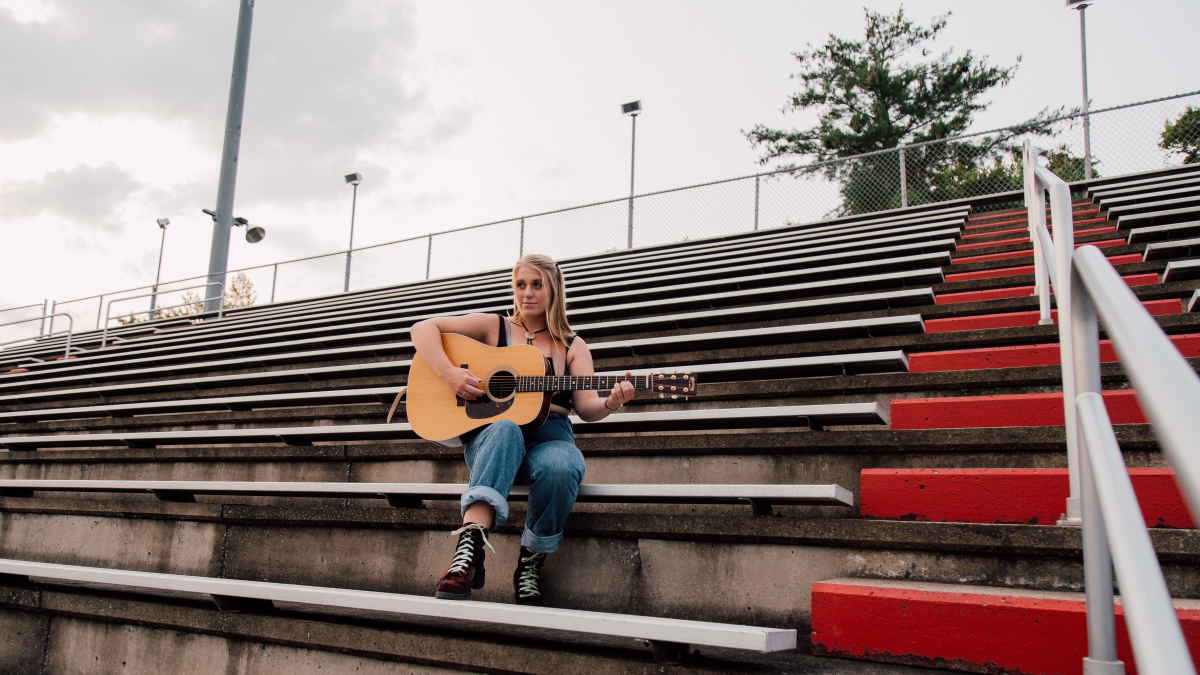 Nashville based music star Erinn Peet Lukes just released her new EP, "EPL", and to celebrate we asked her to tell us about the song "Dime A Dozen". Here is the story:

"Dime a Dozen" was one of those special songs that came out all at once, and I didn't edit it much at all once I wrote it. It came out after I got a text from someone I used to date who essentially ghosted me. He asked me how my music was going. It was early in the pandemic, so I texted back that he was only texting me because he was bored and lonely. He claimed that he was just texting me because he "cared about my music." That's where the first line comes from: "You don't care about my music/you don't care about my heart." The song ended up becoming something I've wanted to say in many of my relationships, which is, essentially, you want me to be there for you, not the other way around.

I started performing it on livestreams and at shows once shows started happening again. I loved seeing women visibly react to the line "You just thought I'd make a good wife/maybe I'll become your mother" because it showed me that everyone who deals with men has felt this way. I think songwriting is at its best when it shines a light on something so true that it's hard to even talk about, and that line felt like it had successfully achieved it.

When I recorded this song, I knew I wanted it to be sparse and simple. Originally, it was just going to be guitar and bass, but then my producer Rachel Baiman stepped in and had a country band sound in mind. The pedal steel and fiddle really strike the mood of this lady musician's lament. The drums' gentle backbeat gives the song a little pep, which I love. If my life was a musical, this song would be my character-defining ballad. It's not even two minutes long, but it packs a powerful message of femininity and power, even in heartbreak.