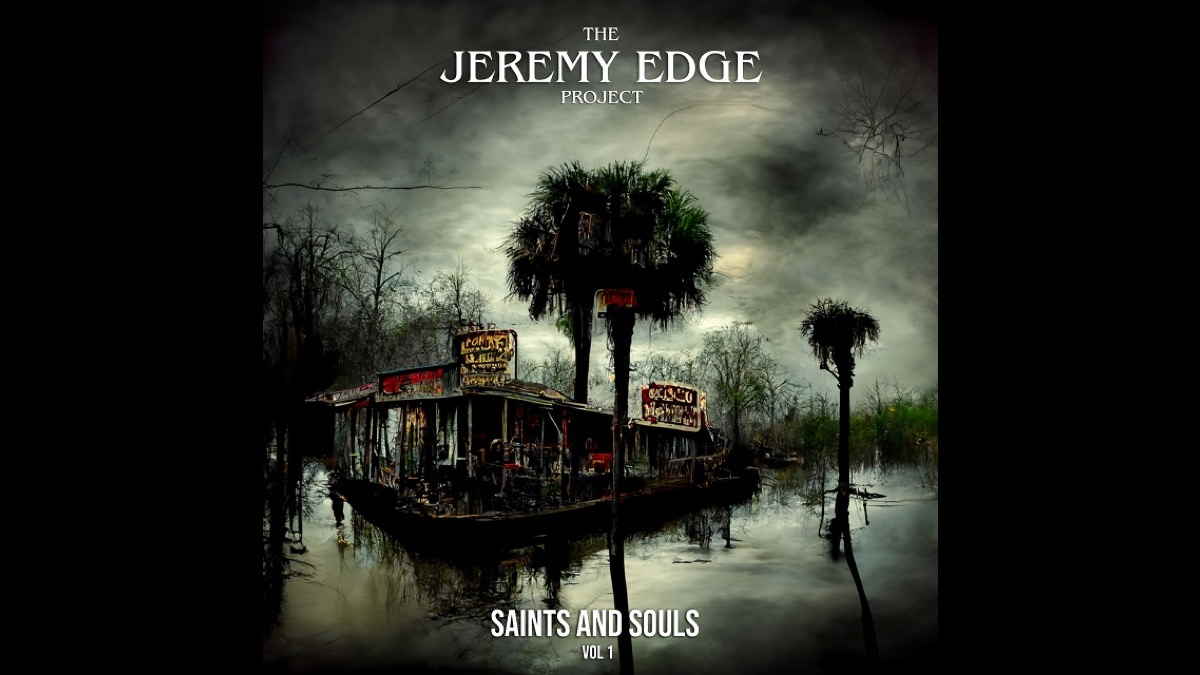 The Jeremy Edge Project (ex-Candlelight Red) just released a lyric video for "Move On" featuring Derek Sherinian, the lead single from their forthcoming double album, "Saints And Souls Vol I and II", and to celebrate we asked Jeremy to tell us about the track. Here is the story:

I came up with the riff for this song on my Fender Strat and I was searching for something catchy and upbeat. I often soundcheck with the opening riff to Blackmore's "Man on the Silver Mountain" to see if I have the tone dialed in. So I was looking for a great riff in G Minor and this one seemed to come as a natural hybrid of that riff and Foreigner's "Feels Like The First Time". I love riffs in that key and part of the fretboard and could rattle off a bunch, but this one really stuck with me.

I added color to the arrangement with a few key and modal changes to give it more of a Rolling Stones or almost a Soul or Gospel feel because with the driving riff on the strat the song could have been all too much of an ode to Deep Purple whereas now it's a nice hybrid of all of those things.

Lyrically I came up with the phrase "Move On" first and the song is semi biographical of my life as a touring musician moving around the country in various cover bands and upcoming original acts with independent record deals. You really live the life of a gypsy and there is this phenomenon where people seem one way but when you don't see them for 2 months then they undergo changes that you are not a part of and seem an entirely different person when you see them again. It also kind of references me getting out of some bad situations and no matter how well somehow someone knows already that you've been a gypsy your whole life they still seem to think they can mistreat you and you're somehow just going to put up with it and not pack your bags and just leave after many a warning lol? There's a freedom in the musician/gypsy lifestyle about being able to leave toxic situations behind and there've been quite a few in my past.

But there is also the positive part of it where I think this song has a celebratory and optimistic vibe - in that life is an adventure and as we move on in a figurative sense, it's fun and exciting to explore new places and new opportunities as the chapters of your life evolve. So the song is a culmination of a lifetime of experiences really.

It's not about one experience but about many both positive and negative.
There are several songs on this record that kind of do that.

To round out this song we really needed organ and yes it already sounds like Deep Purple but in my opinion more things should sound like classic Deep Purple so let's just get on with it shall we?

I enlisted the help of Derek Sherinian on this track and one other after conversing on and off for a year on messages. He liked our previous 2020 release and we talked about working together for awhile. He really just killed it on this one by carrying the vibe and mood of the song. And of course we had to have him rip a face melting Organ solo which he delivered in spades.

I originally recorded all of the high harmonies myself, but I thought having a female voice contrast with mine would give the song flavor. So I contacted my friend Ronda Brill and she delivered some great vocals for this record on several songs and even though she had no previous studio experience, seems to be a "one take wonder"!

This was a fun tune to create and play and I'm looking forward to everyone hearing the rest of the 2 LP set. It's a roller coaster!