Singled Out: John McDonough's Love You Just For You 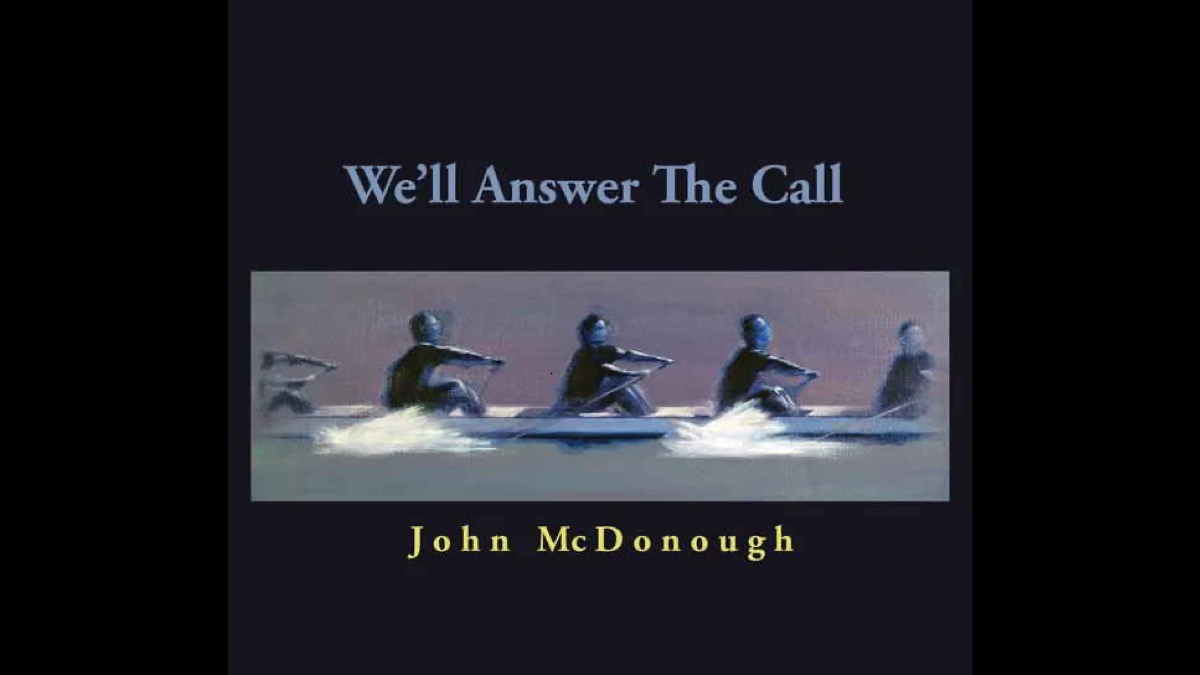 John McDonough is gearing up to release his new EP, "We'll All Answer The Call" on June 17th and to celebrate we asked him tell us about the single "Love You Just For You". Here is the story:

I am obsessed with the true story of Joe Rantz, the Washington Husky rowing program, and their epic bid to win gold in the 1936 Berlin Olympic Games. Joe Rantz had an unbelievably difficult childhood, and his fortitude and strength of character are an inspiration.

His mom died when he was four, he was taking care of himself at 10, and totally abandoned by his family at 15. Through all of this he kept himself in school, made good grades, was accepted to the University of Washington, and won gold in the Olympics. I have read Dan Brown's "The Boys In The Boat" several times, and even flew to Seattle to see the Husky Clipper.

The Husky Clipper is the original and restored eight man boat used to win gold in Berlin, and is now hanging in the University of Washington boat house. I decided to record an EP telling this story as I know best, through music and song.

Joe Rantz met the love of his life, Joyce Simdars, in high school, and her childhood was also very difficult. Raised in a very strict household where physical work was the only means to salvation, Joyce was not allowed to feed her intellectual appetite. She was often told she simply ceased to exist when not living up to her mother's expectations. Through separation and hardship, Joe and Joyce remained fully in love and committed to each other through high school and eventually ended up at the University of Washington in Seattle together. Joe showed Joyce she was loved and worthwhile just as she was, and Joyce gave Joe a consistent life and love he could rely on. While I don't like writing love songs, and frankly don't feel very good at writing love songs, I knew I had to have a song in this EP that captured the mutual love and respect between Joyce and Joe. I had to convey the importance of these two finding each other and helping each other to heal from past traumas. I had to make the listener understand that their genuine desire for the best for each other, and their unwavering belief that each other deserved the best, was a huge part in their future happiness and success. Everyone has really responded to "Love You Just For You," and this makes me feel I have done their love story justice.

I don't know how this happened, but the finished track sounds a bit as if I took Van Morrison, Ed Sheeran, and Jimmy Buffett, threw them in a blender and mixed them all together! I am not saying this is a bad thing as I really like and respect all three of them, and I love the way the track sounds. It's just surprising to me because this sound was not my plan or intention. Now that it is done, feel it sounds exactly as it should, and I hope that couples young and old will be singing this song to each other for years to come.