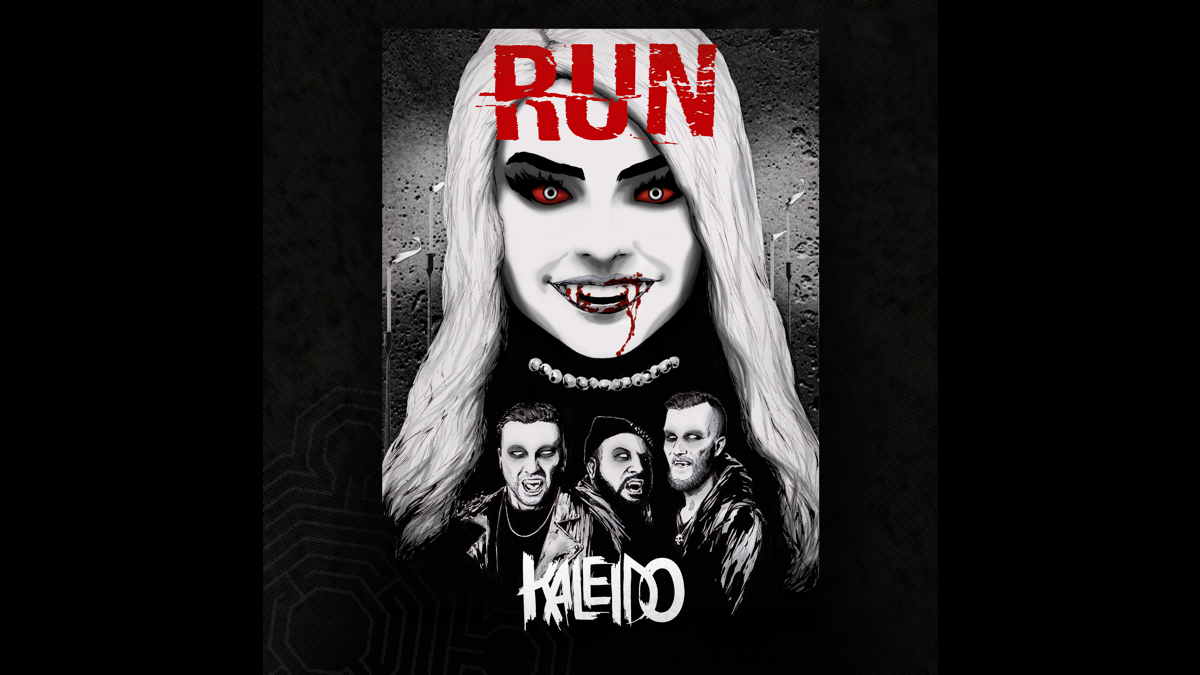 Kaleido recently released a "mini horror movie" like music video for their single "Run" (from their forthcoming album), and to celebrate we asked them to tell us about the track and visual. Here is the story:

After completing our first five months of touring post-Covid (three tours, first with Otherwise, second with Butcher Babies, and third, three months with Sebastian Bach) we got back to Detroit and the first song we wrote was 'Run.'

We were all lit up from finally being able to play live again and the energy carried over into the writing. The uncertainty of the world we've all been forced into bubbled over into the hook-'Run while you still can.'

Immediately we knew it was some fire. We were back in Michigan spending the holidays with our families, so we hopped into the studio with our good friend Michael Martenson (he produced and recorded our EP 'NO RLY...I'M FINE,' and previous singles 'Dead to Me' & 'Panic in a Pandemic') and banged it out with the incredible vibes we always catch together.

We returned to Los Angeles and began planning the music video with director Tom Flynn. We love horror movies and riding on that wave, we flew to New York and filmed an epic vampire tale based around the song - sourcing the fangs, wardrobe and red contacts in Los Angeles.

It turned out even better than we imagined and the song just gels so well with the video and theme. We had a lot of fun from beginning to end with the entire creative process and can't wait to show everyone what we're cooking up next! Stay spooky!!