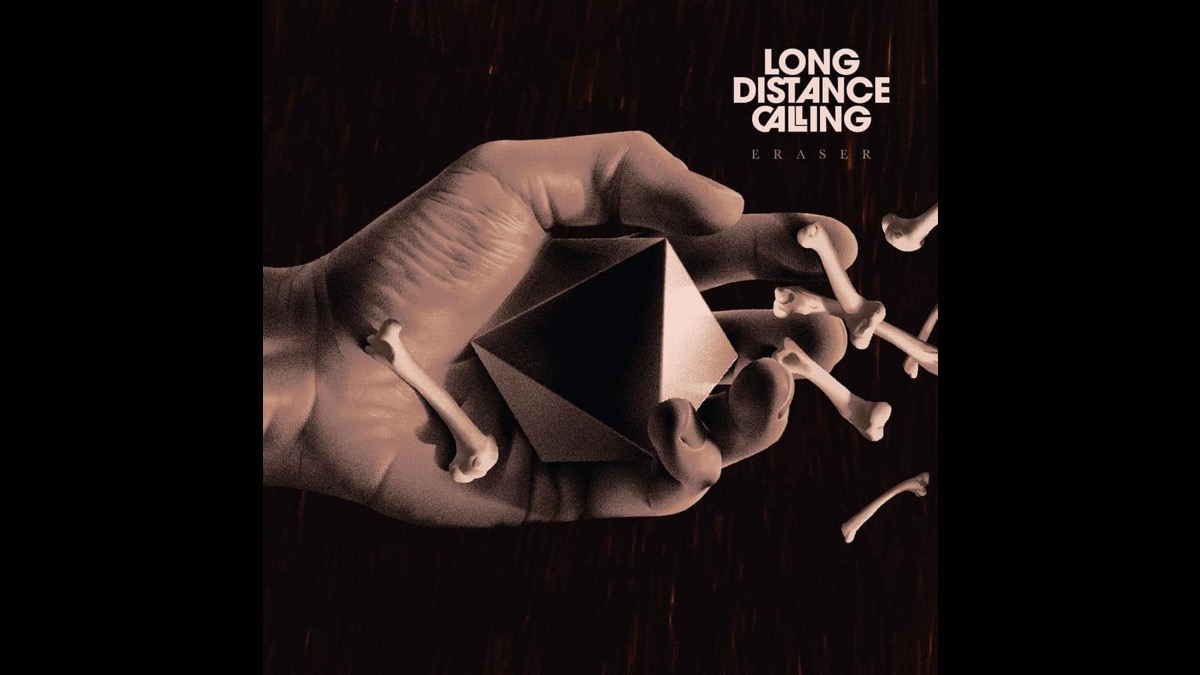 Long Distance Calling recently released a video for their song "Eraser" (the title track to their forthcoming album), and to celebrate we asked frontman Florina to tell us about the song. Here is the story:

Our new album is dedicated to all sorts of animals about to go extinct. Every song stands for a certain animal and we tried to match the music to some of the individual particularities.

We knew we had to dedicate one of the songs to the human being because you can´t build up the concept of extinction without taking a look at one of the most dangerous species around - humans. Humans are the reason our world seems to be about to decline and the song is entitled "ERASER" because of that.

We wanted a heavy and ominous sounding song but with a twist in the end. First we came up with the basslick when Dave and I were trying some licks and melodies in our rehearsal room. I was randomly playing the bass and the main basslick came to my mind. When I played it I immediately heard the drumbeat in my head. I sat behind the drums and recorded an early and very badly played version of the groove on my phone. After that I looped the basslick and the two of us started to jam to it and came up with some melodies and licks but nothing final yet. The next rehearsal we started to form a song out of these small parts with the whole band. It was the final song written for the album and somehow it went pretty easy. It did not take us long until the first half of the song was on a pretty advanced level.

For the second part of the song we included a very mellow and dark lick which I had recorded as a demo version at home not written for this particular song but turned out to be the perfect counterpart to the first half. It gives the song a twist and tells a possible end to the story. Humans are aggressive and threatening but in the end when humanity is fading away everything is calm again. At least that´s how one version of the story may be like. That's why this song starts to fall apart towards the end with every instrument playing less and less and lowering the volume constantly.

When we recorded the song we wanted the first half to sound dirty and even a bit challenging. For example we never used so many fuzz pedals to record the guitars and bass.

For us this is a special song and it was so much fun to write and to record this piece and quite challenging for us as a band to perform one song with two opposite sides while giving each part the intensity it needed."