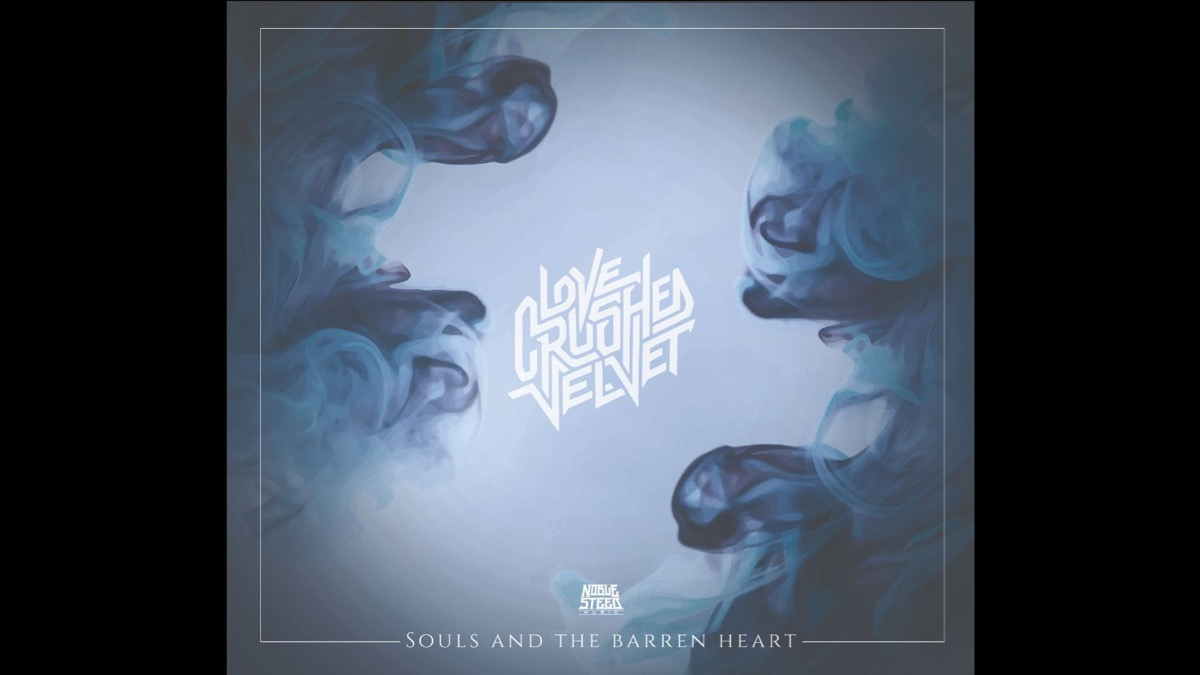 NYC post-punk outfit Love Crushed Velvet are releasing their new album, "Souls and the Barren Heart," this Friday (June 24th), and to celebrate we asked frontman and songwriter A.L.X. to tell us about the single, "The Future". Here is the story:

While we were in the midst of pre-production for the "Souls..." album, producer David Maurice played me a hook that he'd written sometime earlier which he thought I might be able to do something with. It was a clever, catchy riff that I took home with me and began to build a full song around--which ended up turning into "The Future". At the time, I was in a relationship that had an amorphous, 'on again, off again' quality to it, and some of the lyrics were influenced by that experience--although the song in general is about the underlying escapist urges that new relationships often bring about...and the futility of building foundational expectations around those kind of urges.

The band that David assembled for recording the album was exceptionally attuned to the emotional frequency of the songs and interpreted "The Future" perfectly. The lead riff could have easily turned into head banging cock-rock, but the players found a perfect balance between swagger and intimacy--a hard combination to pull off. It was clear that the song was going to be one of the album's singles--we all felt that while we were in the studio.

There were a few times during the recording of the album that I literally felt separated from my body--which had never happened before. It was the strangest feeling, but there was a sense of magic in it because of how closely the music resonated with my personal energy center. "The Future" was one of the songs where that happened, and "Saddened Eyes" was another. I've thought many times of taking that same band back into the studio to make another album, but special sessions like that are a product of place, time and the collective energy at that specific moment. It's not something that can easily be recreated or conjured at will, and it has nothing to do with the skill level of the players. Sometimes, it's best to appreciate those moments for what they are because it's never quite the same when you try to do it again.

When it came time to develop a music video for the song, I felt that something future-embracing was in order. At the time (2018), virtual reality was very much in its infancy with respect to its relationship with music, so we sought out digital artists to work with us to develop a series of collaborative videos in this exciting new medium. For both the artists and I, this was new territory--nobody in the VR community that I had come across was thinking about applying this technology to music videos, and most of the ones we approached were very enthusiastic about diving in and literally developing a new experiential platform. "The Future" was the first song that we tackled. A friend had come across Swedish digital artist Elis Ekdahl, whose work I really liked. Elis loved the idea of doing the project, so we went back and forth remotely for months fine tuning the video--this was before Zoom became part of everyone's working toolkit. I'm really proud of how the video turned out, especially since the technology at that time was still quite clunky to work with--Elis was a real trooper about it. My travel schedule, and then Covid, delayed the release of the single by 3 years, but it's a very satisfying feeling knowing that Love Crushed Velvet created one of the world's first true music videos in VR. It's not often that one has a chance to be a pioneer in their realm--perhaps one day I'll have grandchildren to tell about it =)