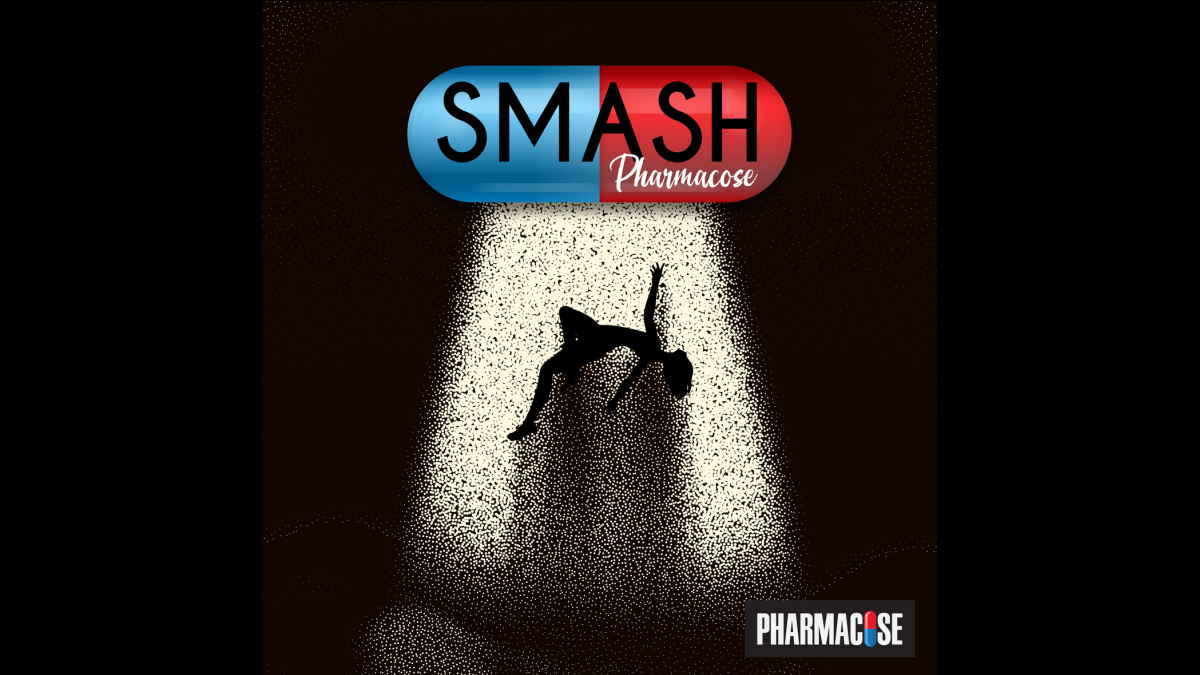 Pharmacose just released their new single "Smash", from the forthcoming combined album, "Prescription Fiction," and to celebrate we asked frontman Wes Jones to tell us about the track. Here is the story:

I wrote the music for Smash a very long time ago, but I just had not gotten around to recording it. Back then home recording wasn't really a thing, so I just set it aside, but I never totally forgot about it. A couple of years ago when it was time for Lu and I to start recording again, I thought about this song. I always thought it was a fun riff to play. We recorded the music, but I still hadn't written the lyrics. I do get writer's block, but version is that I have trouble thinking about what to write about. Once I have the idea, the lyrics almost write themselves. This time was probably the worst it's been. I didn't even write them until we were in the studio. There's always some downtime when you are recording, particularly when there some editing going on. So finally I just picked something and went with it.

I have always been interested in what I call the "fun conspiracy theories," notably things such as UFOs, ancient aliens, the Mothman, etc. I thought that would be fun, so I wanted to explore that interest some more. While thinking about it, I came to realize that reading about that stuff made me feel very isolated, since it's not a mainstream way of thinking. It made me a bit sad to think that. It made me wonder how many people were knowledgeable in this area but took this information to the grave because no one was interested in hearing about it. These realizations were the literal "smash."

The irony is that now I feel a bit more justified due to all the information about UFOs that came out this past summer. I'm by no means saying that I think aliens are here and the Mothman exists, but I think we should be open to the notion that the normal person has no idea about what's really going on.

Another reason I went in this direction is that I had been thinking about where things were headed creatively. Mental health is always going to be a focal point of my music, but a lot of what I wrote about previously was in relation to an awful period in my life that resulted from an episode I went through. At the time we were recording this I was a couple of years removed from that, and so I'd had some time to heal and grow. I wanted to branch out some, and it lead me in the direction that I'm going creatively now. In a way, it's a prequel to the newest that's going to come out starting in March. I'm very excited that it's out now because it feels like we're finally moving into the next phase.