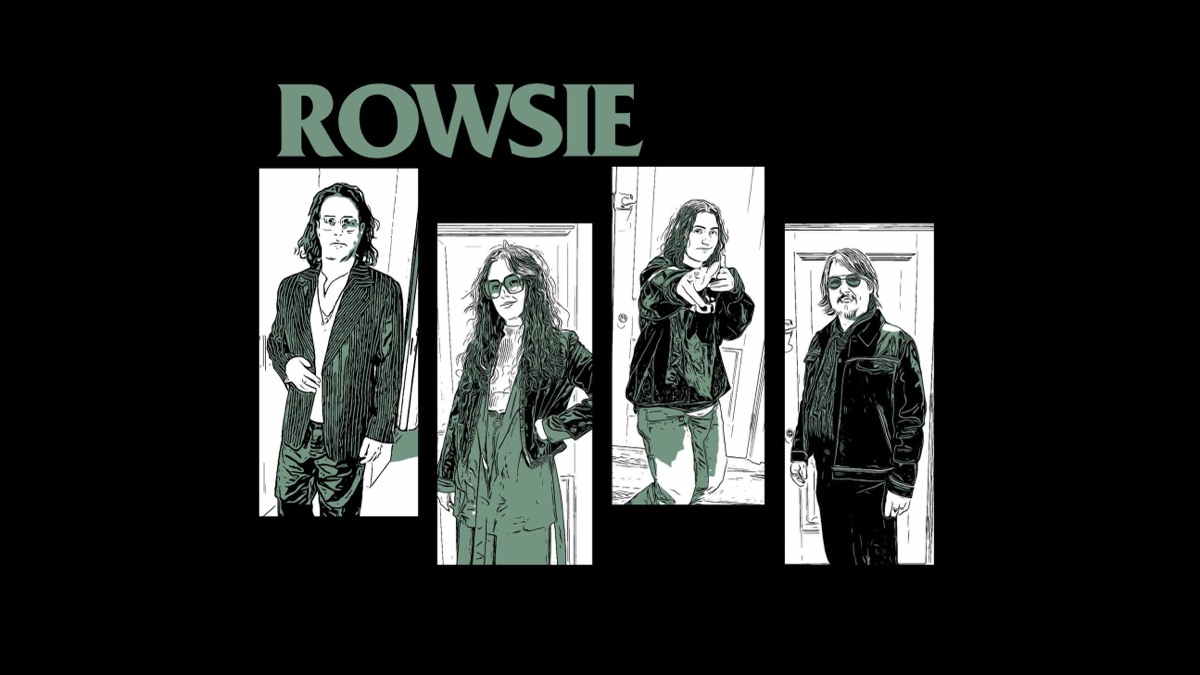 London rockers Rowsie recently released their new EP, "Searching", and to celebrate we asked lead singer Richard Rothenberg to tell us about the song "Searching For A Home". Here is the story:

This one was really a stream of consciousness thing. I write every day, sometimes songs and sometimes I just write. One thing I find works for me is to just write things that have little straight-line thinking, just a series of images that come up. A lot of time they are just rhymes or poems. This day I was thinking of hanging out at the guitar shop on Denmark Street that I am a part of... Sixty Sixty Sounds. We get a lot of people wander through the store and they often look kind of lost, or at least to me they do!

So I started thinking about it and then I thought about how I got here, London that is. It has been quite a journey, one I never thought I'd take. But I really was looking for a place to live, and a place that I could start over. I wanted to be able to act in my life, in any way I thought fit. I had been pigeonholed in the US, I had a life and a job and a family and expectations; things were expected of me that I no longer agreed with! I was really searching for my true self, one that probably had been lost or at best forgotten.

The song then wrote itself. I dreamt of a girl in Leicester Square because I drove by it every day and saw a lot of women just hanging around. I had this idea that they were all looking for something, just not sure what, and while they waited things just got harder for them. And that damn London rain!! And for her I had this strange memory of a Tom Hanks character in Punchline - maybe his best work and completely ignored. He has this bit where he is not making it in stand-up and has come to the end of his rope. He says something like, "Funny Guy not so Funny anymore", he was suicidal. I never forgot that line, he was desperate, and it was becoming clear that his dream was dying a slow painful death. He was running on fumes. So I put all this together and came up with a redemption story for both of us.

I'd originally put it to music with a friend, but it wasn't until I jokingly played it for Rowsie that it got brought to life. I had this riff, and with Rowsie that's all it takes! We started messing around with it and Alan, Holly and I did the arrangement. I also had an idea for this solo, and I don't get many of those thanks to Holly!! But I had it in my head for a while and it fit...and it just took off, it really does kind of rock.

What's wrong with life working out?