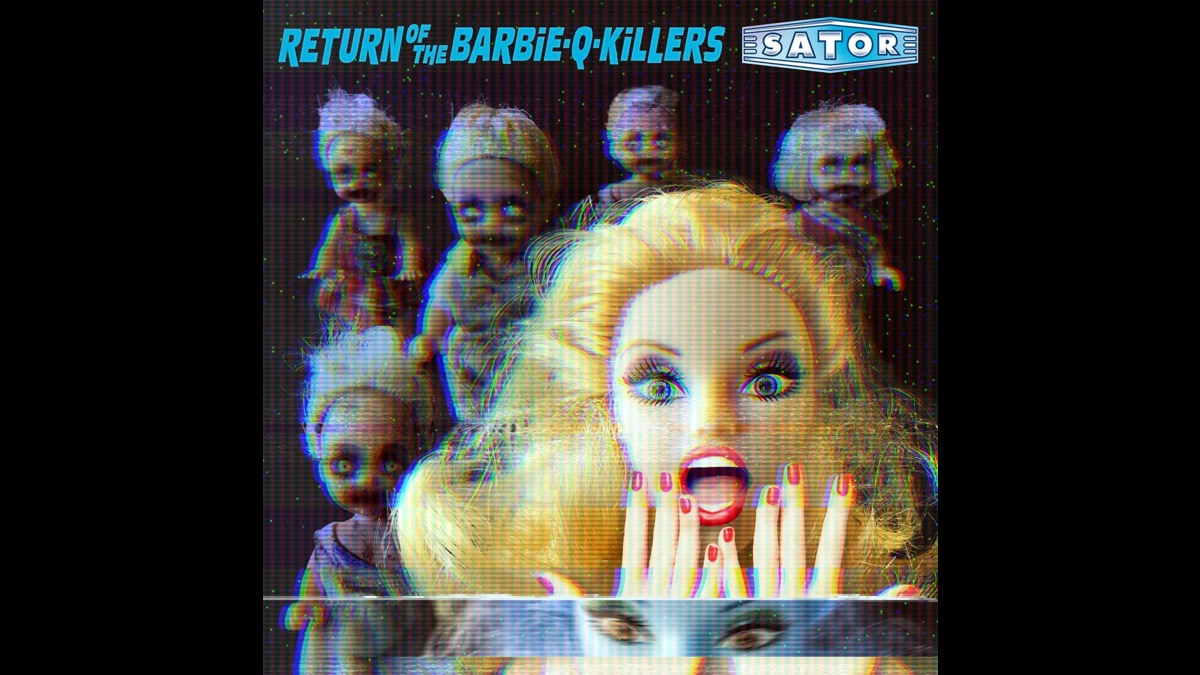 Sator are releasing their long-awaited " Return of The Barbie-Q-Killers" album this week and to celebrate we asked Chips Kiesbye to tell us about their cover of Devo's "Shimmy Shake": Here is the story:

In 1994 we released an album called "Barbie-Q-Killers Vol 1". A covers album but with a different approach. Most of the songs were unreleased at the time by the original artists. We found them on bootlegs and live cassettes. I also wrote many "snail mail" letters to members of our favorite bands and asked them if they had any leftover songs from the early days.

This was before the internet so it was hard finding people. When I got in touch with Bill "Pat Fear" Bartell of White Flag it really started to happen much faster. He knew a lot of people and he helped us to get in touch with many of them. We ended up becoming close friends and we stayed in contact until Bill sadly passed away in 2013. Me and Kent also ended up as members of White Flag and did several European tours with them. Since it was called "Barbie-Q-Killers vol 1" there must be a volume 2. We started recording songs for volume 2 in 1995 and has kept doing so over the years whenever we found a song. Volume 2 will finally be released now after working on it for 25 years!. It's a double album and it's called "Return of The Barbie-Q-Killers" . It's basically a tribute to the punk and new wave era 1976-1981. The new single is a cover of a early Devo song from 1974.It was written by Bob Mothersbaugh.

They had yet to find their own unique sound so we tried to imagine what it would have sounded like if they had recorded it a couple of years later.
So first we did a demo to try to imagine how Devo would have done it in 1977. Then we did a cover of our "Devo-demo" as Sator could do it.
A quite backwards way of working but very interesting.

It's our bass player Heikkis first lead vocal on a Sator record. Charlie Storm from the band Exit North guests on synth. He's a huge Devo fan and told us many years ago that he would never speak to us again if we recorded a Devo song without him. So we invited him and he did a great job.
The track was mixed by Henryk Lipp at Music-A-Matic Studios in Gothenburg.