Singled Out: Scarlett O'Hara's Talk To Me 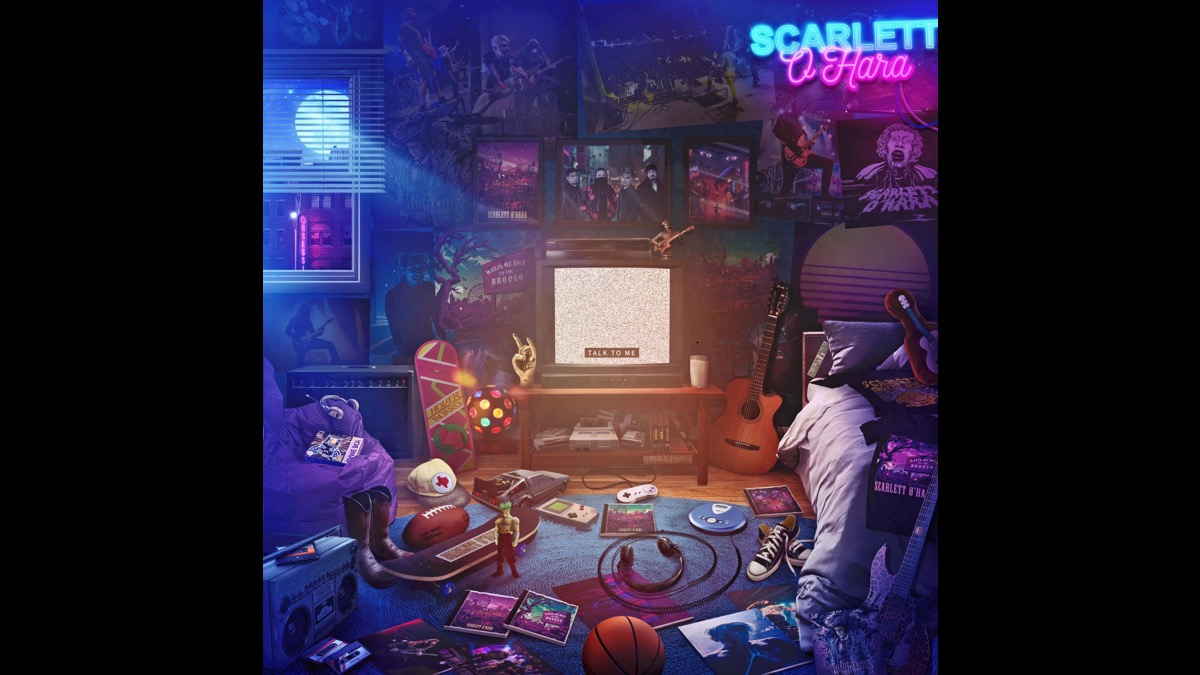 Metalcore veterans Scarlett O'Hara just released a new single and video called "Talk To Me" and to celebrate we asked them to tell us about the track. Here is the story:

Talk to Me was written in Nashville, TN with our buddy and producer, Andrew Baylis. For this track, we wanted to bridge the gap between the two previous releases, Friction and Obsessive, by adding more electronics and samples to our traditional riff-heavy songs. Before even finishing the track, it was really apparent the music video for this had to be something pertaining to outer space, it just has a super spacey vibe to it! I (Logan) remember sitting on the couch in the studio and jumping out of my seat to tell the guys "we have to blow someone out of an airlock in this video", although no one really thought it was possible but fast forward 6 months and we were able to pull it off!

We knew filming the music video for Talk to Me was going to be difficult because the goal was to have the narrative setting in a zero-gravity environment. To do this, we worked with our long-time film director and close friend, Wade Concienne located in Houston Texas. With Wade, we were able to figure out a method of suspending Moses via wires attached to a pulley system that would lift him up and down in an all green screen room, allowing us to get the shots. How it actually happened was a whole other story though and way more difficult than we thought! The video had to be shot in Wades garage, so the wires and pulley system turned into tying a green 150 strength shoelace rope around Moses' waist, running it through a hook drilled into the garage roof, attaching it to a truck trailer ball and lifting Moses by driving out forward. The whole video shoot turned into a spectacle of grown men being turned into pi-atas, it was an absolute blast! Although difficult, the garage method worked wonderfully and we were able to tell right away that the shots would be great after all the editing and heavy CGI Work. Because the video was shot in a totally green-screened garage room, it took an immense amount of time to CG everything and Wade really knocked it out of the park on all aspects. Filming this video was our most ambitious one to date and we are so excited to release it.

The music video for talk to me is one of several overarching music videos that when watched together, form a sort of mini-movie that tells a cohesive story. In this video, it explains essentially why the main character in the previously released "Friction" music video is in an alien ship hooked up in a Bio-Vat and how he came to be there. With a Giant Black hole in view just out the window and a debris field that has ruined the integrity of the ship, it doesn't look good for Moses. As he rushes to gather his emergency evacuation open space gear, he desperately tries one more time to radio for help, but the signal isn't able to be established. After securing his helmet and looking for the remaining pieces of his spacesuit, a small crack develops in the main space hull window due to the debris field causing damage when the black hole opened

Singled Out: Scarlett O'Hara's Talk To Me