Singled Out: Stacked Like Pancakes' So Close Yet So Far 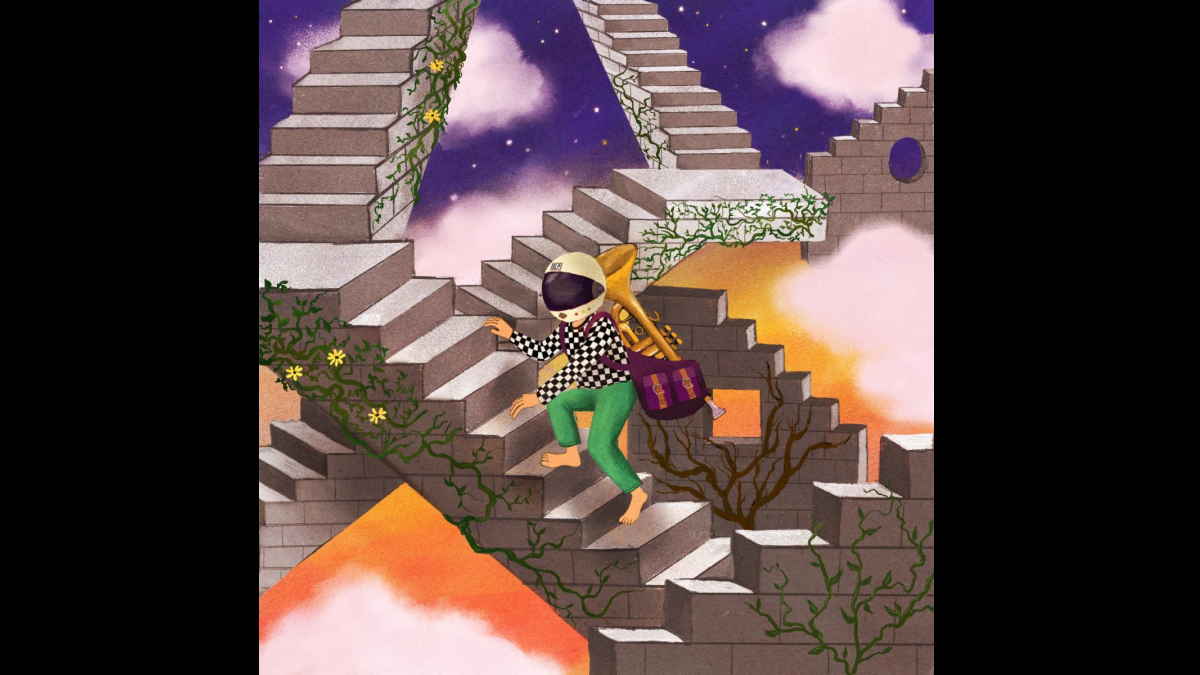 Ska-punkers Stacked Like Pancakes just released their first new single in 3 years, "So Close Yet So Far", and to celebrate we asked frontman Kellen McKay to tell us about the track. Here is the story:

This song is about being honest with myself about my past and channeling a hopeful and optimistic future for my career in music. But it would be difficult for me to talk about this song without mentioning a song from our second album called "Money Sucks."

"Money Sucks" unexpectedly resonated with a lot of people. I almost didn't put it on the record because I felt like it wasn't really a Stacked Like Pancakes song. And yet now it's one of the most-listened to SLP songs ever and by far has the highest video views on our YouTube. My guess is much of it can be attributed to the sheer bluntness and genuineness of the lyrical content. I wanna be on the stage again

In the prolonged context of a global shutdown, I just simply asked myself, "What do I want? What do I want with my music and my career?" and answered that question with the very first line of the song. A very simple statement, at that.Let's try pickin it up again

I also wanted to make it as abundantly clear as possible that this is a ska-punk song. So with the line "let's try picking it up again" it actually has meaning twofold; starting over again after a falling out with some bandmates, but also a very commonly used phrase of 'pick it up pick it up pick it up!' in the genre of ska music as a whole. Think "Superman" by Goldfinger, but instead of a hype up in the beginning of the song, I intertwined it with the lyrics. I'm done bleeding on my guitar

This line comes from reminiscing of shows and touring before COVID, where because I'm a mediocre-at-best guitarist, I would often cut the tops of my fingers on my strings while playing guitar. This would often lead to blood all over my guitar and the pick, but of course I would keep playing, because that's punk rock. Some cliche about the stars; We're so close, yet so far...

The pre-chorus is actually the first thing that I wrote for what would become this song. This is where the song sort of makes fun of itself. I'm a big fan of standup comedy, comedy television, and I follow a lot of comedians. To me, the best comedians know how to make fun of themselves. They aren't afraid to make themselves the butt of the joke. So this line is delivered in a sparkly and ominous way, because really, it's a joke. This developed so much so naturally that it ultimately led to the cliche itself becoming the name of the song. Sometimes I feel un-American And I can't explain what I mean

I vividly remember recording the song in the studio and my bandmate/guitarist Stephen Shriane was so jazzed about this line. He said it was so inherently 'Stacked Like Pancakes.' Outside of the lyrics, my bandmate/bassist Nick Linder told me early on when I was sending him just some scratch demos that this was his favorite SLP song. The three of us had many conversations about the future of SLP and this kind of all organically and naturally came together. It just felt right. Blowing out our lungs / Doing what we love

Doing music is what we love! We can't wait to play shows again and put out more new music!

Singled Out: Stacked Like Pancakes' So Close Yet So Far