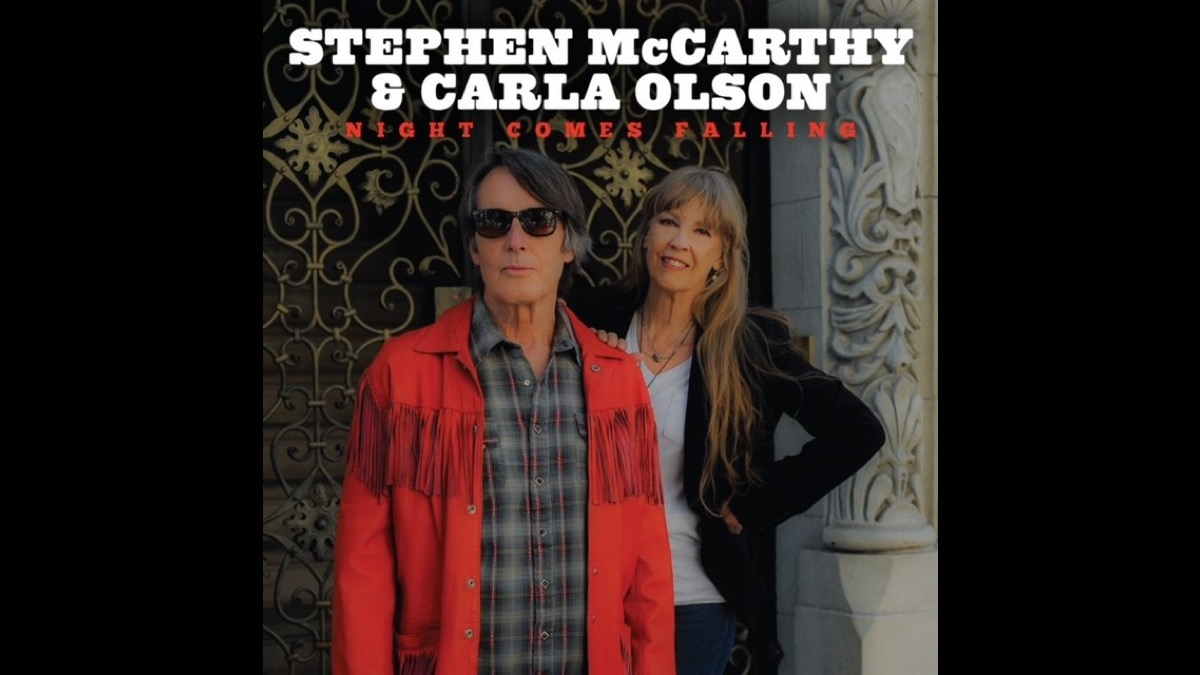 Stephen McCarthy & Carla Olson have premiered a music video for their song "Night Comes Falling," which is the title track to their forthcoming duets album that will be hitting stores on November 11th.

Stephen: "The idea for the song 'Night Comes Falling' came about at a band rehearsal in LA when I met up with Carla to sing a duet for a benefit. I asked her if she ever thought of her old singing partner Gene Clark. She mentioned that she'd seen him in a few dreams but that he never spoke a word. I returned to the East Coast and wrote the song based on that experience & Carla added lyrics as well. The contemplative thoughts of friends who've made a profound impact in our lives doesn't come in the clear light of day but instead when shadows start to fall. The song is also meaningful because it was the initial inspiration for this collaborative album."

Carla: "In the 1980's I performed live with Gene Clark and we recorded an album, So Rebellious A Lover. After he passed away in 1991, I found it difficult to listen to his songs without tears. He has appeared in my dreams for these past 30 years untouched by time and silent. Smiling but never speaking. When Stephen and I were rehearsing for a benefit concert in 2018,' I told him about these dreams. 'Night Comes Falling,' both the song and the album, are the result of this conversation."

Stephen: "I've known and respected Carla for a long time and was honored to record with her and Gene Clark on So Rebellious A Lover. Carla's husband Saul Davis has always been very supportive, and it was he and my wife Liz who planted the idea of a duet album after we sang together at a benefit concert a few years ago."

Carla: Stephen and I have always appreciated each other's talents and after we recorded the two songs that appeared on Americana Railroad, we said, 'Let's do more. Let's record an album.' We agreed that we should give writing together a try. The results of that idea can be heard on the five co-written songs that appear on the album. We also thought it would be fun to include a few covers. "One That Got Away' has long been my favorite Desert Rose Band tune as is 'Don't Talk To Strangers' by the Beau Brummels. I also wrote a few songs with the late George Green in the 80s including one that Percy Sledge recorded, 'The Grand Blvd.' I still have a few sets of words he'd given me, and his family gave Stephen and I permission to write music to one, 'The Bell Hotel Is Burning.' It's an emotional and evocative lyric that will hopefully move the listener as it did Stephen and I." Watch the video below: