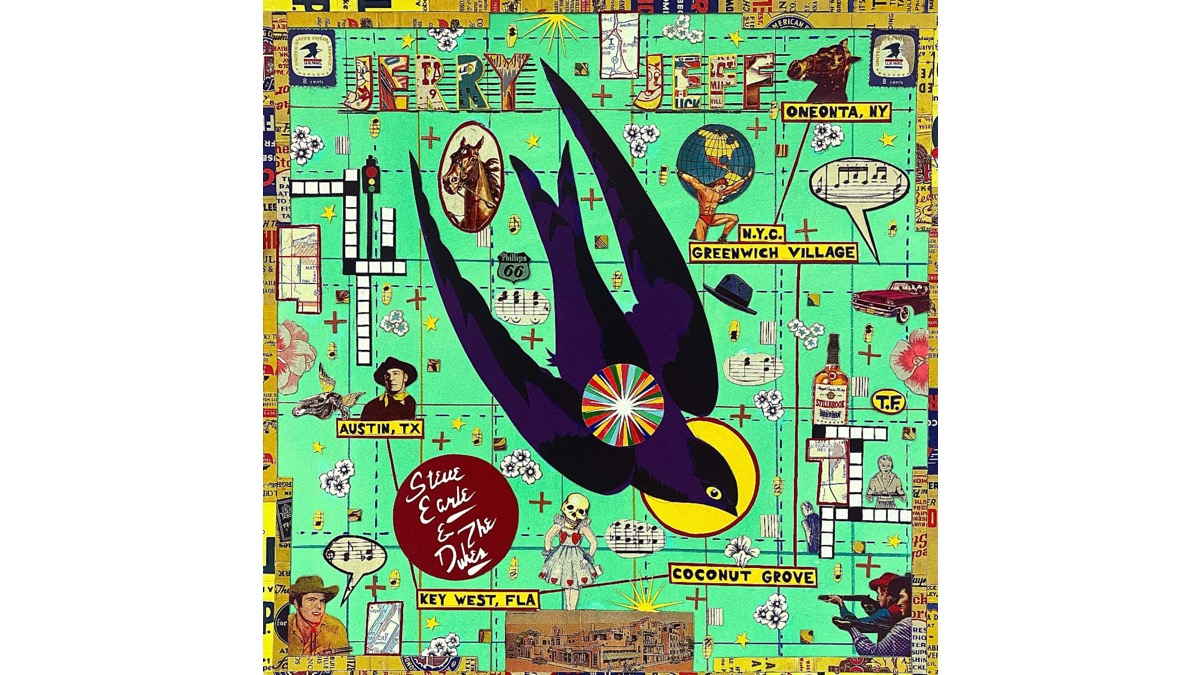 (MixedMediaWorks) Steve Earle has released his new album, "Jerry Jeff", which pays tribute to Jerry Jeff Walker, the influential cowboy troubadour who passed away on October 23, 2021.

After performing in Texas at a concert celebrating Walker's life, Earle took his band, The Dukes, to Electric Lady Studios in New York, where they recorded 10 of Walker's songs.

"This record completes the set, the work of my first-hand teachers, Townes Van Zandt, Guy Clark, and Jerry Jeff, the heroes I was lucky enough to sit across the room from so I could listen and learn up close and personal as they say," Earle writes in the liner notes.

Earle was 14 when he first heard Walker. His high school drama teacher gave him a copy of "Mr. Bojangles," Walker's classic ballad about an unforgettable character he met in a New Orleans jail.

"There's a tendency to think of Jerry Jeff around a relationship to one song," Earle says, referring to "Mr. Bojangles." "He was also such a great interpreter of other people's songs. But my main purpose in recording this album was to remind people that he wrote a lot of f***ing great songs." Listen to Jerry Jeff here.