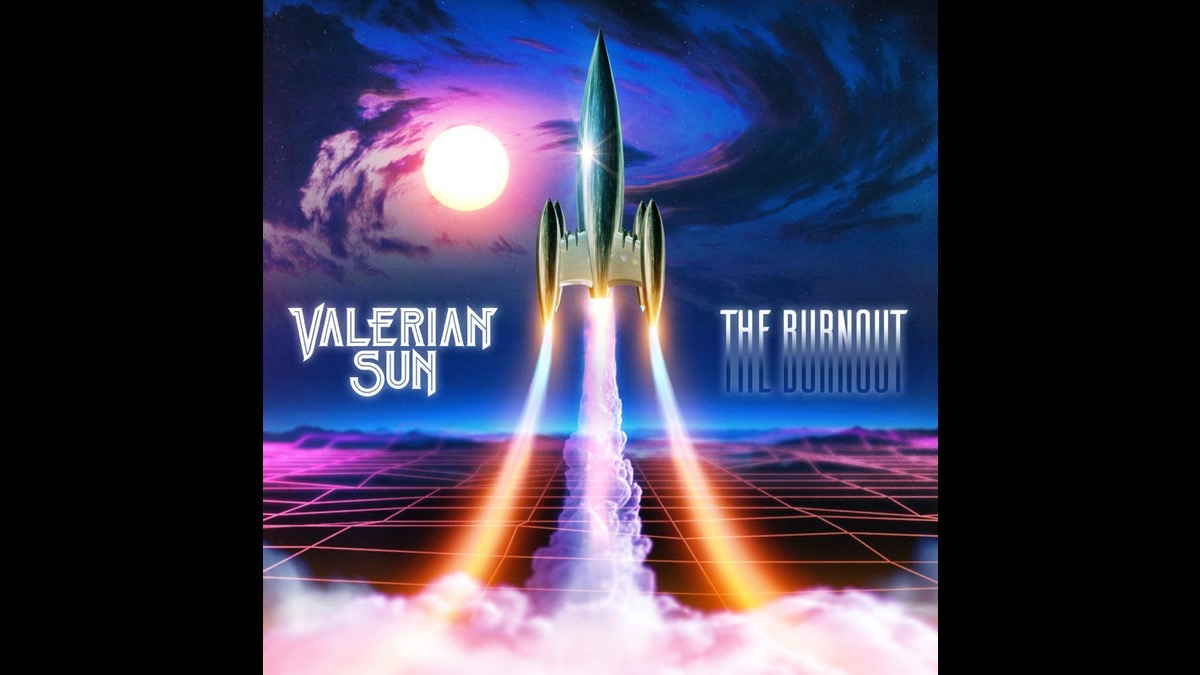 Supergroup Valerian Sun have released a music video for their brand new single "The Burnout". The song is the follow-up to the group's debut song "All At Once", which they released late last year.

For The Win sent over these details: Valerian Sun's very existence was meant to be. Their names and faces could even be familiar ... James Wolpert was a lauded top-5 contestant on Season 5 of The Voice, Jon-Mikel Valudes was the founding drummer of From Ashes To New and Trey Alexander is known in the world of guitar, winning Guitar Hero 2006 - a contest held by Guitar Player Magazine and voted on by legends like Steve Vai, Richie Kotzen and Steve Lukather.

Central Pennsylvania, where the trio is from, has recognized their talent early on, naming them Best New Band of 2021 at the CPMAs (Central Pennsylvania Music Awards) ceremony a mere 6 months into their journey. The band's eclectic sound features what some have called 'early 2000s rock vibes,' along with thoroughly modern influences. Living in the space between alt and hard rock, the trio's music appeals to both audiences. Comparisons to Muse abound and the band is flattered.

When the trio went into the studio to make their upcoming album, they wrote and recorded everything from scratch during their intense four-day studio sessions with Grammy-nominated record producers Grant McFarland (August Burns Red, From Ashes To New) and Carson Slovak (Candlebox, Everclear). Watch the video below: