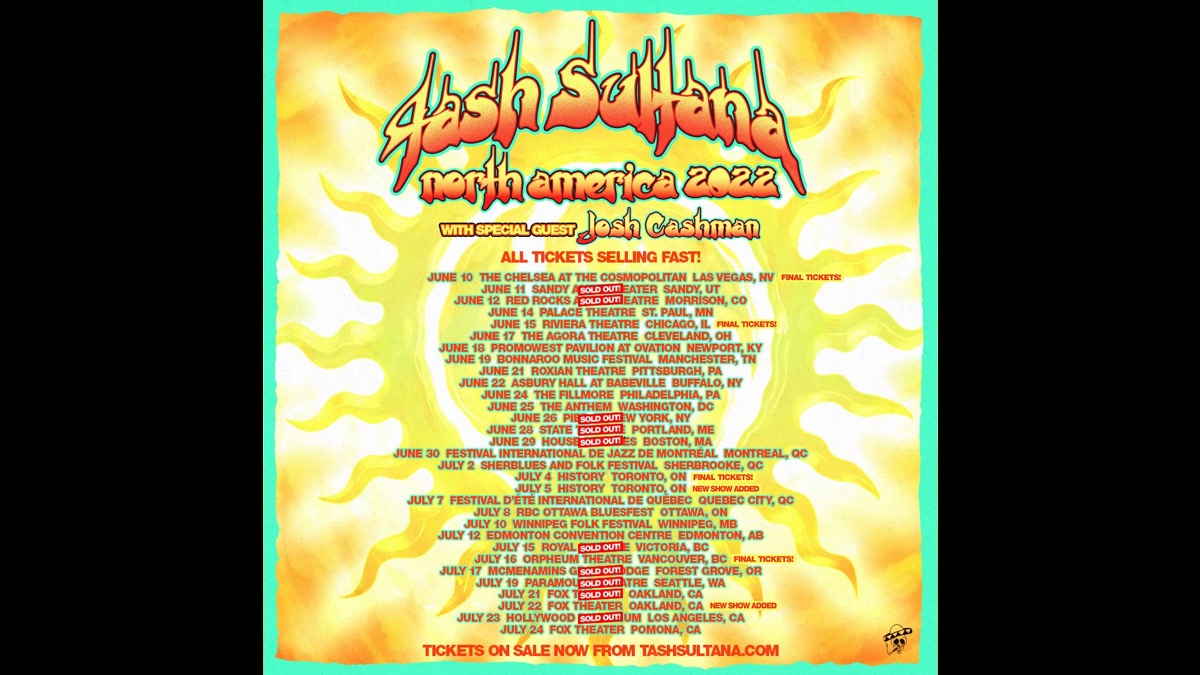 (SRO) Tash Sultana will return to North America for a headlining tour that kicks off June 10 in Las Vegas at The Chelsea that will coincide with the June 3 release of the album "MTV Unplugged, Live In Melbourne".

The Red Rocks show sold out in just five minutes and marks a triumphant return for TASH, who previously sold out the historic venue on their 2019 tour. To highlight this appearance, TASH wanted to ensure that fans who were unable to attend the show would be able to experience the performance via a just-announced live stream.

TASH says, "For those who can't be there I hear you Loud And Clear, Red Rocks Global Livestream: Join the virtual crowd and catch my sold-out Red Rocks show live--from anywhere--on Flymachine! You can invite your friends + watch the show together with your cameras on." Get your pass now at fly.live/tash using promo code: TERRAFIRMA22."

The tour also includes stops in Chicago, Philadelphia, the Bonnaroo Music Festival (June 19) and more. These dates follow TASH's 2022 global 'Terra Firma' shows in the United Kingdom and Europe this past March/April with TASH set to return there for additional shows set for September.

"Finally, after 3 years I get to come back to North America," TASH says. "Just wait to see what I have in store. I've been working on this new show since 2020 and I've been patiently waiting to bring it to the world. Now it's my time," says TASH.

This run will see Tash Sultana performing their sophomore album Terra Firma in North America for the first time as well as hits from Notion EP and Flow State, while also expanding the groove into new territories. SULTANA has remained tight-lipped about what the new show may include but has promised it's an extension of 'what already is' and what they are best known for.

The MTV Unplugged album powerfully shines a light on TASH's body of work and underlines their impact as a singer, songwriter, multi-instrumentalist, producer, engineer and mixer. By being so multi-faceted and talented-in a way that brings to mind Prince-nothing gets in the way of TASH's artistic vision.