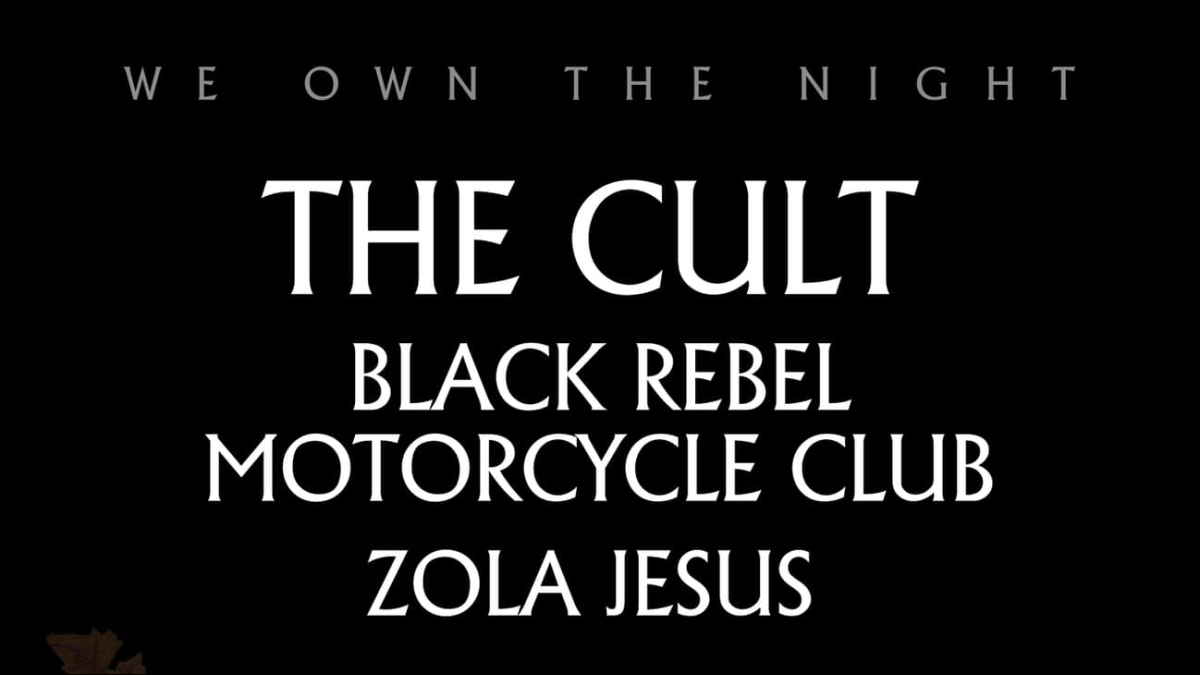 (hennemusic) The Cult have announced dates for a summer tour of North America. The band will be joined by Black Rebel Motorcycle Club and Zola Jesus on select dates throughout the run.

The "We Own The Night" series will open in St. Paul, MN on July 8, with shows wrapping up July 30 in Rama, ON and tickets will go on sale Friday, May 13 via the usual outlets.

The summer tour will follow spring US shows by The Cult, which finishes in San Diego, CA on May 11, after which they'll join Alice Cooper for a late May UK trek,

In 2020, The Cult shared news that they were working on a new album at Rockfield Studios in Wales; the follow-up to 2016 a's "Hidden City" will mark the band's eleventh studio record and first with Black Hill Records, a newly-launched rock-focused label affiliated with independent publisher Round Hill Music. See the summer tour dates here.