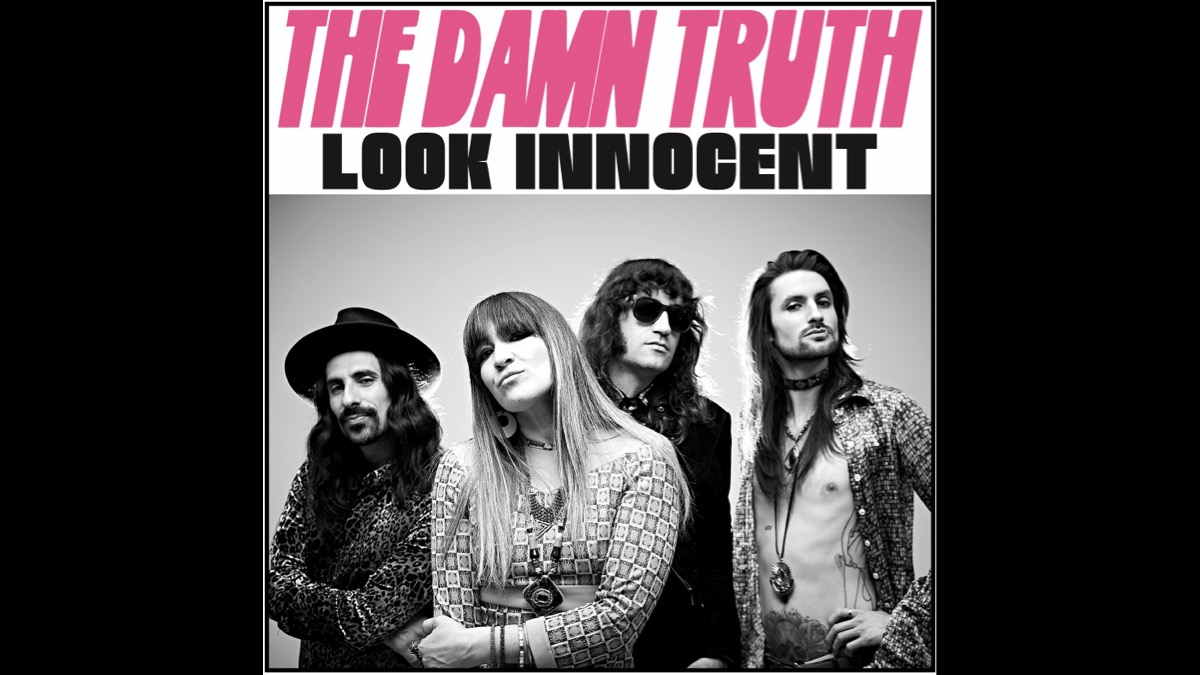 The Damn Truth have released a music video for their forthcoming single, "Look Innocent". The visual comes ahead of the track track, which is set to be released this Friday, October 7th.

Lead singer Lee-la Baum had this to say about the new single and video, "We have a bit of a habit of putting ourselves into dangerous situations for our videos, from hanging upside down and being spun around, and now, in this video, walking backwards into crowds and cars at rush hour. If there's a rock'n'roll nine lives, we've used up quite a few so far."

"Sometimes it's the little things that stick with you... We were on tour somewhere in western Canada, on what felt like the longest highway EVER. I started to think about this silly argument I once had with my boyfriend and how we almost broke up over it. It made me laugh in my head, so I wrote it down on a piece of paper. I could almost immediately hear the melody and type of vibe that the song should have. When we got to wherever it was that we were going, I grabbed the guitar, and the song was born."

"The song is really about everything that is under the surface in a long-term relationship. Obviously, our problems weren't about the type of pet we should or should not get, it was just a trigger... but I find those little moments of being so detached from reality WONDERFUL!"

"Look innocent is an ode to a longing for a love that was. A love that was far from perfect, yet the memories are vivid, and perfection is over-rated anyway."

Dave Traina added, "When we were in the studio with Bob Rock, we had a bit more difficulty recording this song. The changes Bob made were challenging and it put us all on the spot, which is what you want with that level of producer. It made us approach this with a heavier, serious vibe and I think that also comes across in the video. It's one of our favourite songs to play live because of that."

"We're looking forward to touring the UK," says lead singer and guitarist, Lee-la Baum. "Last time we played the UK was earlier this year when we supported King King on their February tour. We had a fantastic time, and we can't wait to return for more fun and excitement. UK audiences are the best."