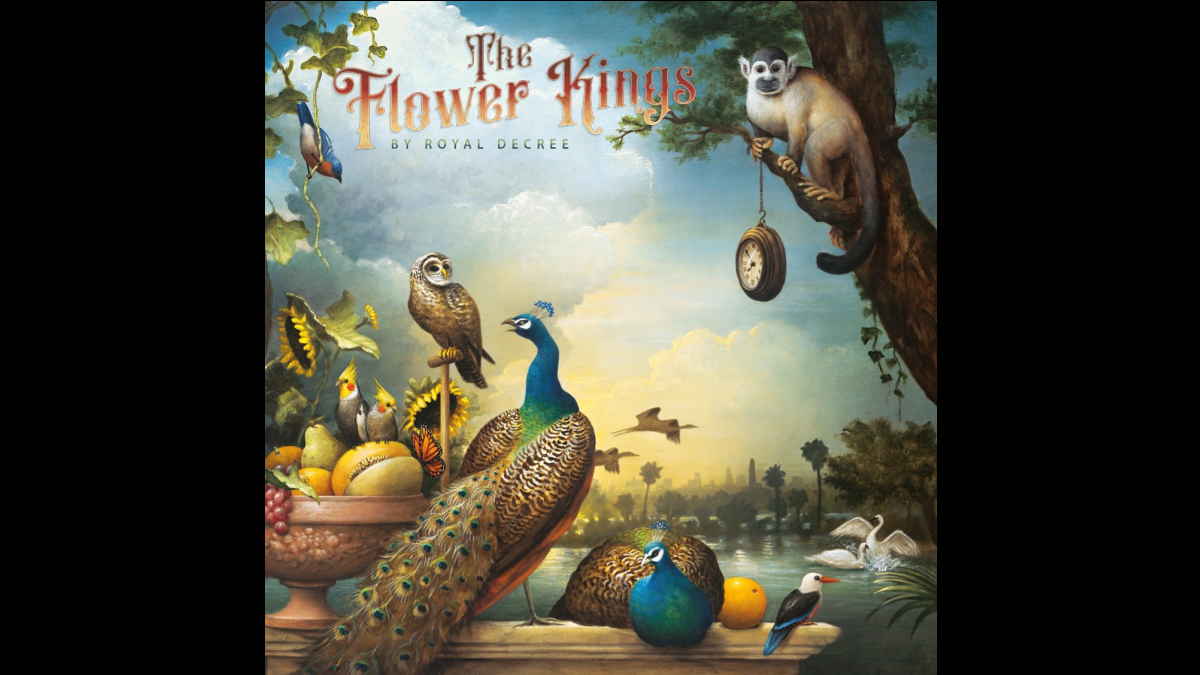 The Flower Kings have premiered a music video for their brand new single "Revolution", which features a guest appearance from Jonas Lindberg.

The track comes from the band's forthcoming 15th studio album "By Royal Decree" that will be hitting stores on March 4th, 2022. Roine had this to say about the song, "The songs on the new double album come from a whole lot of different places in time and space, often a combination of themes gathered from older ideas born before The Flower Kings emerged in 1994, mixed with brand new ideas.

'"Revolution' is that kind of a song; a mini epic that is reflecting a number of themes spanning this album, cinematic and sometimes bombastic. A celebration of creation and the evolution, making the world what it is, through the million years of fire, brimstone, ice ages, floods, devastation, pain and finally..... beauty, colors, flowers, the vast oceans of life and new life out of the darkness & raging volcanos. The miracle!

"The song is yet another piece of the larger scale composition that is 'By Royal Decree' - a sort of modern 2022 Rock Opera if you will. A landmark album from this band that we're all incredibly proud of!" Watch the video below: