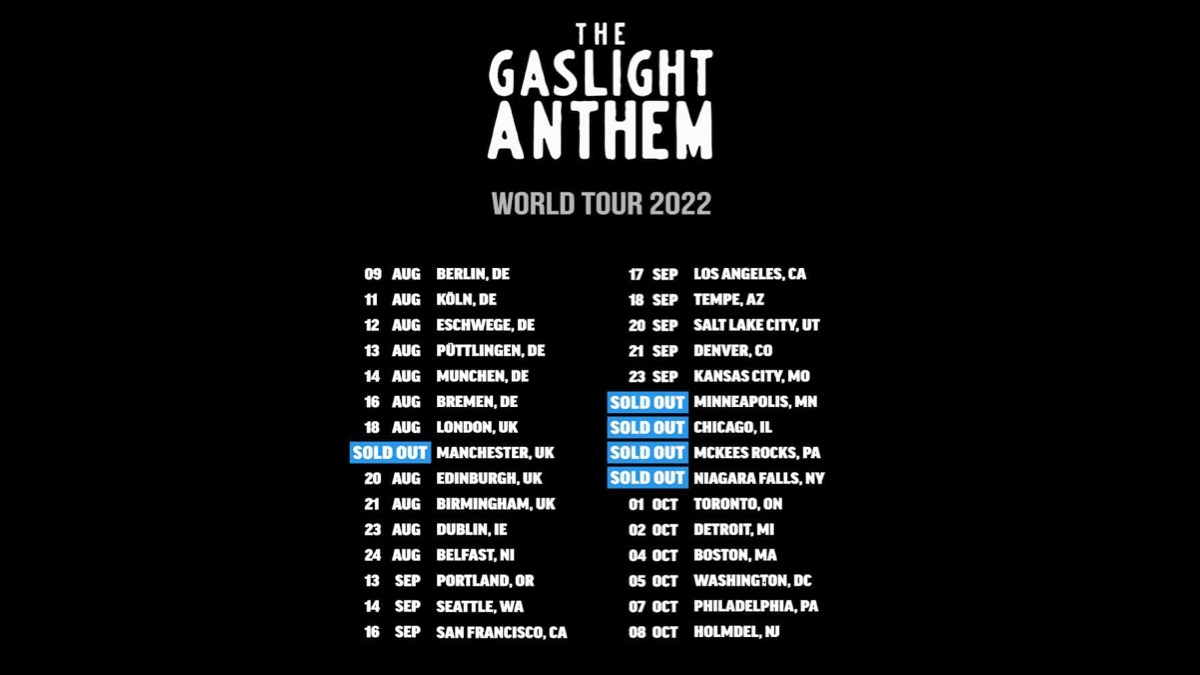 (Big Hassle) The Gaslight Anthem made a surprise return to the stage this past Saturday night with their first full band performance in four years and they are livestreaming the special reunion performance through Saturday, June 25 at 11:45 pm (ET).

We were sent these details: The band surprised 200 fans in attendance at Garwood, NJ's Crossroads (as well as a worldwide livestream audience) on Saturday, June 18 for what was to have been the final night of frontman Brian Fallon's three-show solo run at the sold-out venue.

The secret set - which saw The Gaslight Anthem performing greatest hits and fan favorites from throughout their catalog, along with a very special cover of Nirvana's classic "Come As You Are" - is still available for livestream replay here.

In addition, The Gaslight Anthem have just added a long-awaited New York City date to the tour, set for The Rooftop at Pier 17 on September 28. Tickets go on sale this Friday, June 24 at 10:00 am (ET).

Special guests throughout the tour include Tigers Jaw (September 13-27) and Jeff Rosenstock (September 28-October 5). A number of dates are already sold out.