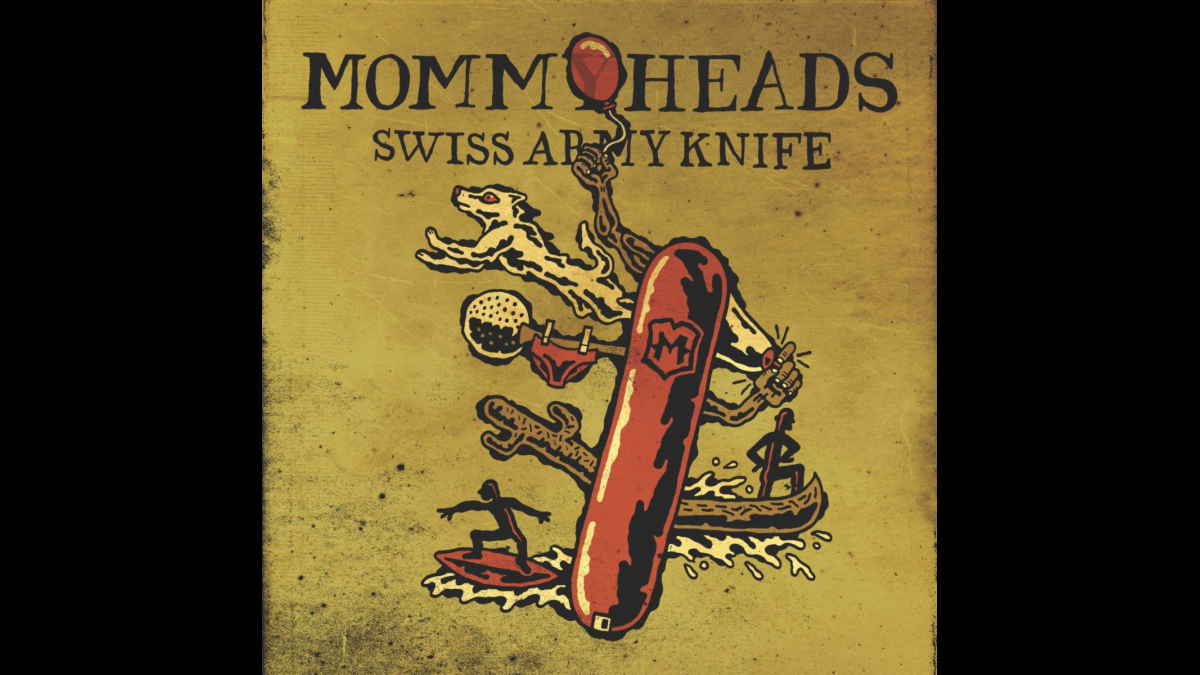 The Mommyheads have announced a very special treat for fans will arrive a few days before Valentine's Day. They will be officially releasing their beloved 1991 bootleg, "Swiss Army Knife", an official release on February 11th.

We were sent these details about the special release: Circulating over the years via bootleg cassette copies, The Mommyheads' Swiss Army Knife has never had a proper release.

A rare favorite amongst devotees, this tape is far too special to have been trapped in obscurity for so long. While containing some stellar live cuts from an early incarnation of the group, this collection primarily showcases the wild creativity of Mommyheads songwriter Adam Elk who independently recorded these tunes on four-track during his teen years in Brooklyn.

The songs herein are striking in their eccentricity: schizophrenic wordplay, mind-bending chord structures, acoustic mayhem, and DIY experimentalism all meld together within these colorful song fragments.

There is an unrelenting playfulness to this set that makes it a sublime joy to listen to; the manic creative energy is infectious all throughout. "They Call it Accident" is driven by an urgent, plucky bass figure in 6/8 alongside living room thumps. "We Are Intertwined" is a waltz number with clanging Rhodes chords and a miniature psychedelic circus detour in the middle.

"Canoe Driver" is a gorgeous piece of baroque pop, complete with string stabs and an ultra-catchy ping-ponging vocal refrain. As with The Mommyheads' full-lengths that followed, a penchant for glorious melody underpins the whole collection. In fact, "Gravity" and "Cactus Farm" would end up on their thorny classic debut Acorn; they unfold with a youthful excitement here.

These are the seeds of a stunning musical legacy and the homespun, idiosyncratic sheen render this package just as fresh-sounding today as it was in its early 90s obscurity.