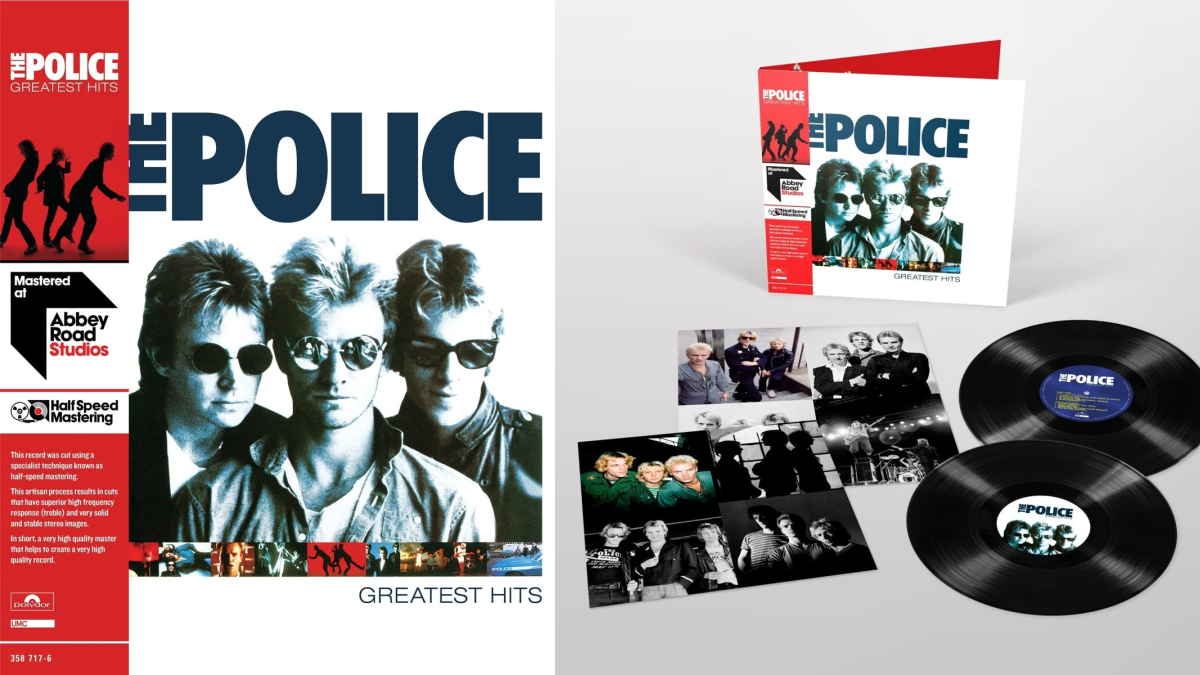 UMe/Polydor have announced a special 30th anniversary half-speed double vinyl reissue of The Police's "Greatest Hits" album that will be released on April 15th.

The album has been remastered at the famed Abbey Road and cut at 'half-speed' and will be issued on two heavyweight black LPs with expanded artwork and packaging in a bespoke gatefold sleeve.

A multi-platinum selling global smash on CD, it had a limited vinyl release upon its original release in 1992 which has long been out of print resulting in the original vinyl copies becoming highly sought after by fans. It can be preordered here (ad).

Disc One Side A

Roxanne
Can't Stand Losing You
So Lonely
Message In A Bottle

Walking On The Moon
The Bed's Too Big Without You
Don't Stand So Close To Me
De Do Do Do, De Da Da Da

Disc Two Side A