The Who Getting Half Speed Vinyl Reissues 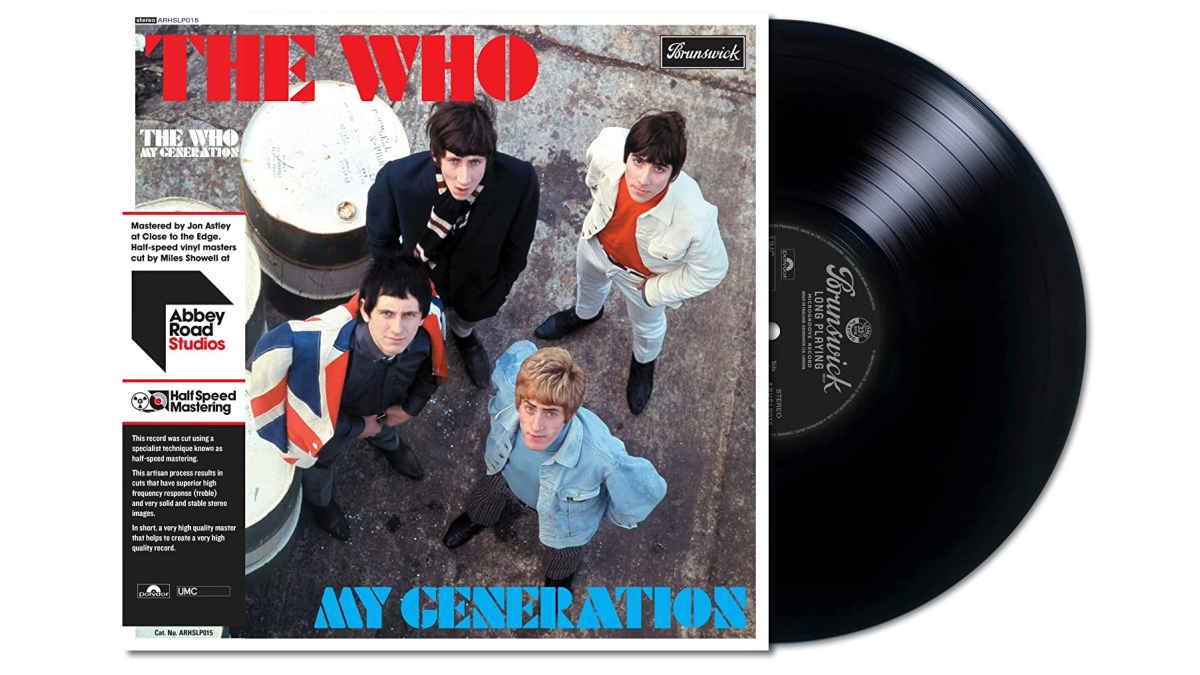 (Funhouse) UMe have announced that they will be releasing the first in a series of half speed mastered studio albums from The Who, "My Generation" and "A Quick One", on May 6th.

These limited-edition black vinyl versions have been mastered by long-time Who engineer Jon Astley and cut for vinyl by Miles Showell at Abbey Road Studios with a half-speed mastering technique which produces a superior vinyl cut and are packaged in original sleeves with obi strips and certificates of authenticity.

First released in 1965, My Generation was The Who's debut album, it peaked at No. 5 in the U.K. and unleashed The Who on the world. It has been described as one of the greatest albums of all time by Rolling Stone, Mojo, NME and was selected to be the U.S. Library of Congress's National Recording Registry as 'culturally significant' to be preserved and archived for all time.

The band's follow up album A Quick One was released in late 1966, it contains more experimental compositions including the nine-minute title track which act as precursors to what was to follow in later years as well as classic Who tunes as "So Sad About Us" and "Boris The Spider."

SIDE 2
Don't Look Away
See My Way
So Sad About Us
A Quick One, While He's Away

Related Stories
The Who Hits Back Tour Launched