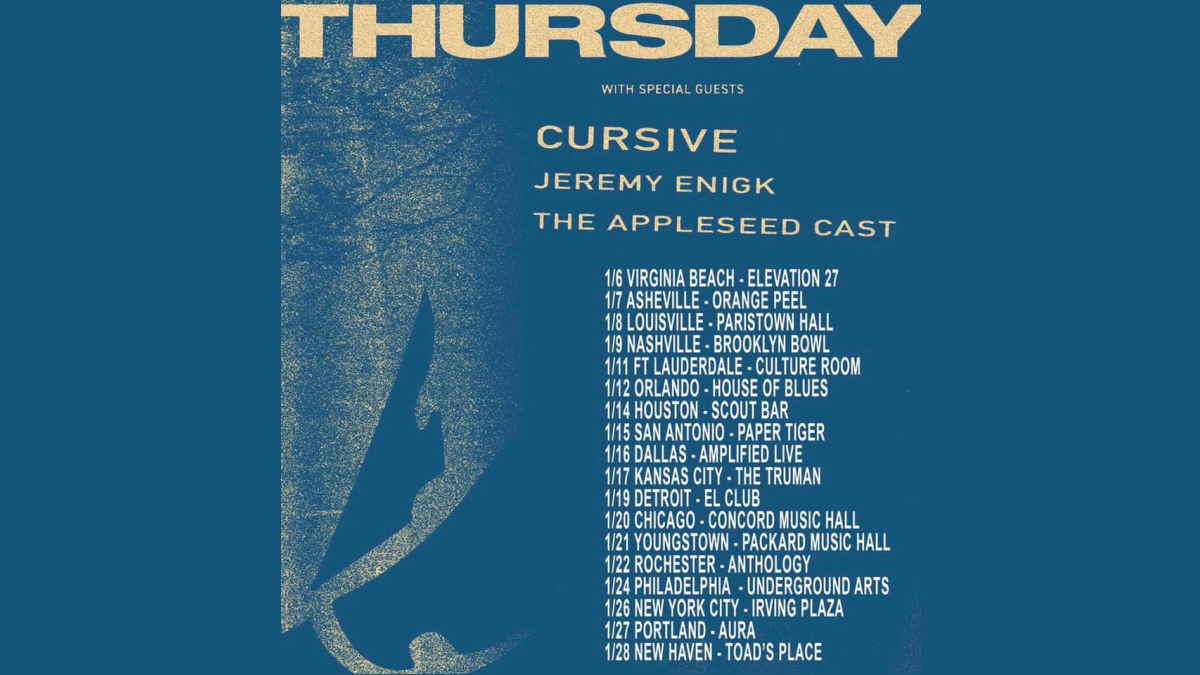 Thursday have announced that they have been forced to postpone the first 12 concert stops of their U.S. headlining tour that was set to kick off this week.

The band originally planned to launch the tour January 6th in Virginia Beach at Elevation 27, but will now be kicking off the shorter trek on January 28th with an eye towards rescheduling the dates.

They had this to say via social media, "We have made the difficult decision to postpone the first part of the January tour. We will now start in Detroit on January 19th.

"The reality is that these days decisions made concerning touring are not totally in our hands. Recommendations from the likes of our crew and the other artists on the bill (never-mind our families) have become a bigger part of the conversation as we try our best to navigate these current circumstances.

"No one wants to be out there playing more than the five of us. It's what we love the most. We are trying our damndest to integrate the reschedules ASAP and we genuinely cannot wait to play for you again."