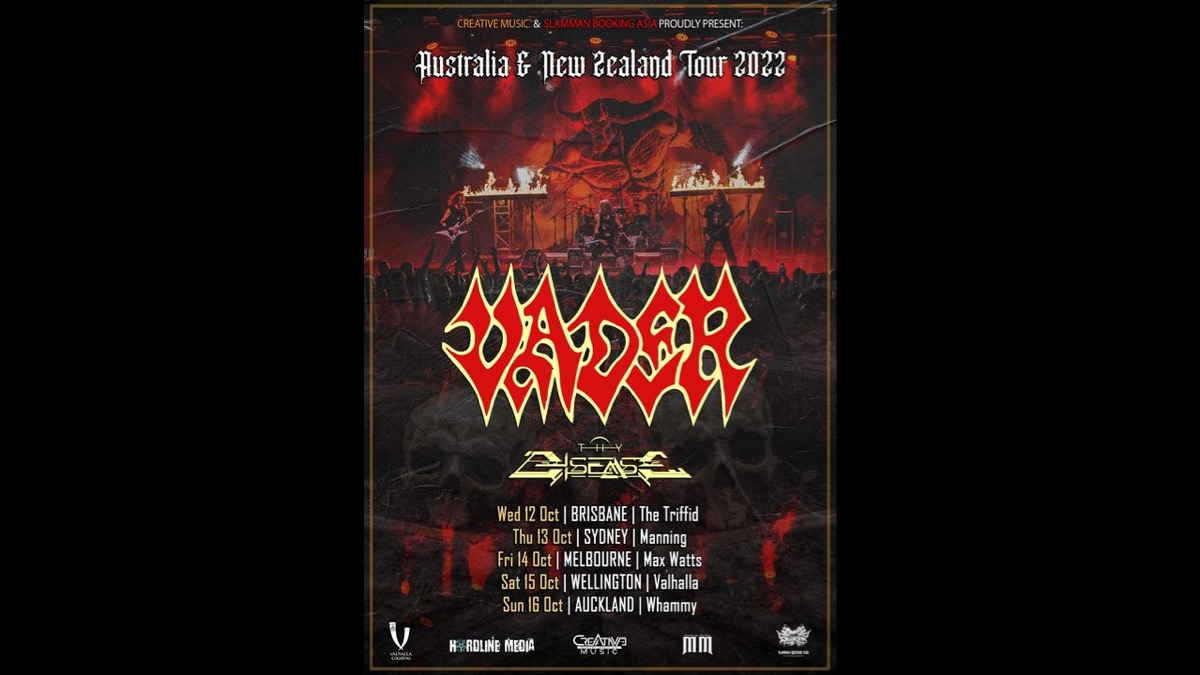 Vader have announced the dates for their upcoming tour of Australia and New Zealand and also shared their plans to launch An Act of Darkness in Asia tour in October.

Peter said of the newly announced dates, "VADERMANIAX!!! ARE YOU READY??? \m/ We plan to visit Australia and New Zealand in October 2022. A tour organized in cooperation with Creative Music, Massive Music, Slamman Booking Asia, Hardline Media and Val Knut will bring our new hell-thunder set to you!"

He also shared his excitement about the upcoming Asian trek (dates TBA), "VADERMANIAX !!! We are so excited to share this news with you. Vader is coming to the Far East THIS OCTOBER !!! The tour organized in cooperation between Massive Music (Official site) , Creative Music and Slamman Booking Asia will visit Indonesia , China , Hong Kong , Vietnam , Singapore, Thailand , Philippines , Taiwan , Japan and South Korea . Thy Disease will share stages with us. Are You ready for some bonecrushing, hellraising Death Metal? \m/"

See the dates for Australia and New Zealand, that will feature support from Thy Disease, below: