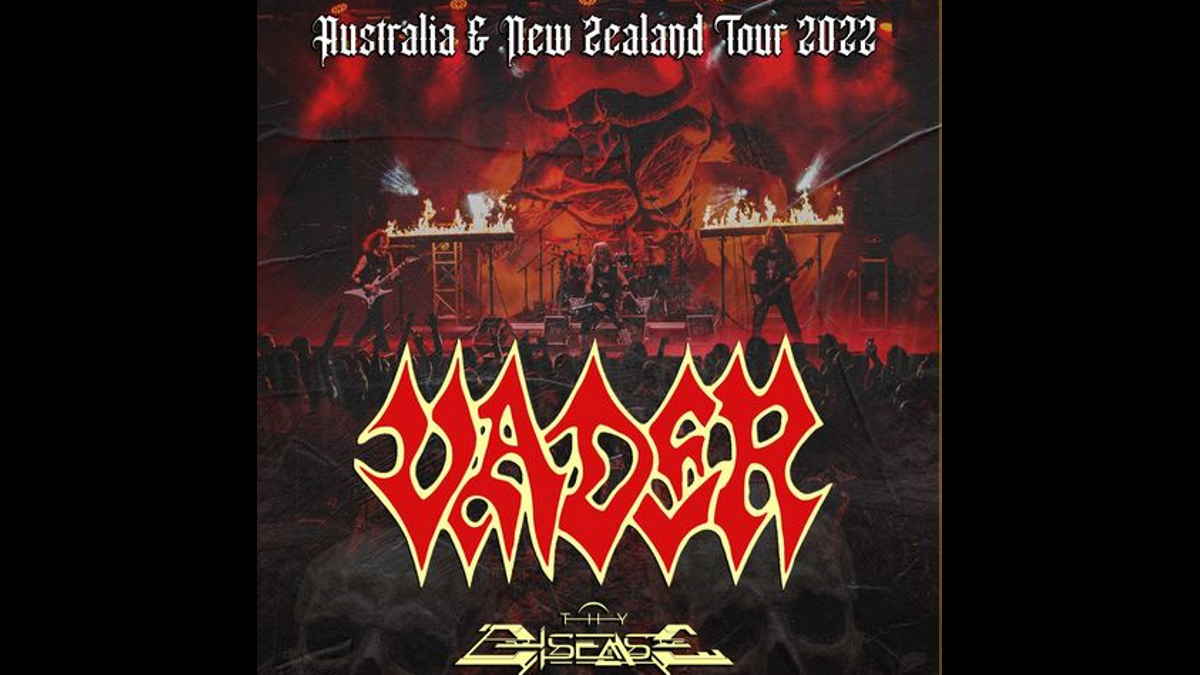 Vader have announced that they will be heading Down Under for a brand new tour of Australia and New Zealand this October that will features support from Thy Disease.

Frontman Peter shared, "VADERMANIAX!!! ARE YOU READY??? \m/ We plan to visit Australia and New Zealand in October 2022. A tour organized in cooperation with Creative Music, Massive Music, Slamman Booking Asia, Hardline Media and Val Knut will bring our new hell-thunder set to you!"

"Now the time has come to announce that Creative Music together with Slamman Booking Asia, Hardline Media and Valhalla Touring are bringing the pride of Poland to Australia and New Zealand! We just keep our fingers crossed that nothing will stand in our way in these weird times. During their shows in Australia and New Zealand, Vader will be accompanied by Polish band Thy Disease who had the opportunity to perform alongside Vader many times."