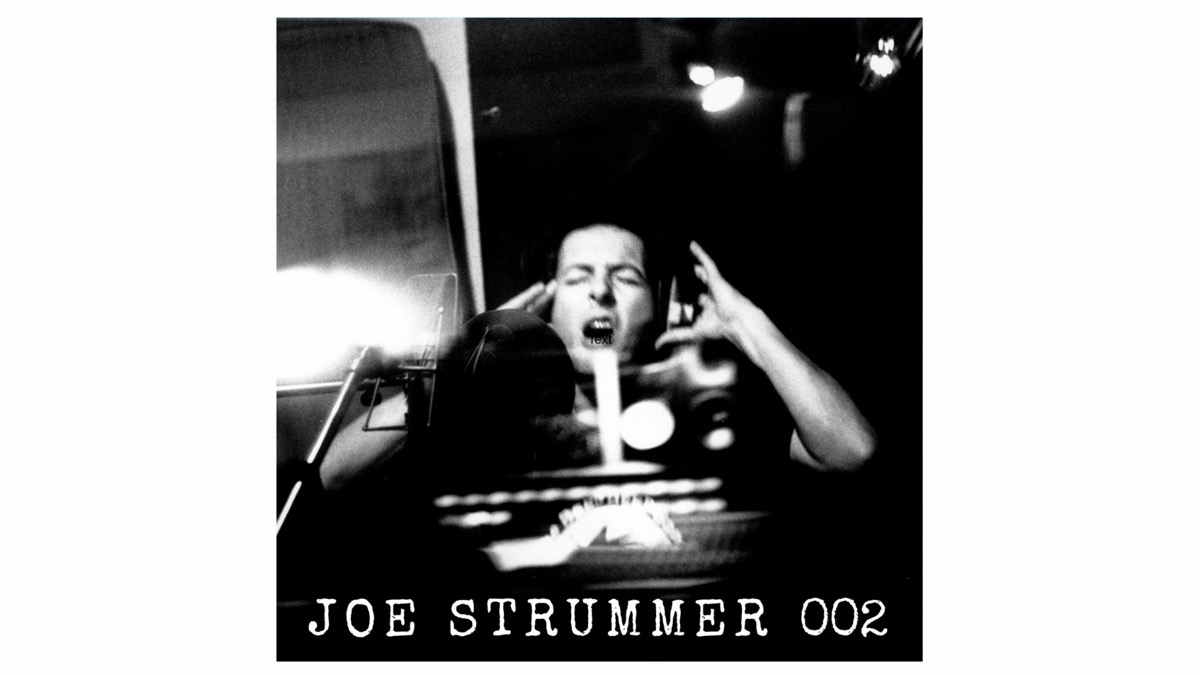 (Big Hassle) A video for Joe Strummer previously unreleased "The Road To Rock 'N' Roll (Demo)" has been released the herald the arrival of the "Joe Strummer 002: The Mescaleros Years" collection that will be released by Dark Horse Records on what would have been the music icon's 70th birthday in August 21st.

We were sent these details: the first-ever comprehensive collection highlighting his work with his post-Clash band, The Mescaleros. The collection includes remastered editions of all three of the band's studio albums, plus 15 rare and unreleased tracks spanning the first demos Joe wrote for the Mescaleros, as well as 'Ocean Of Dreams', featuring Steve Jones of the Sex Pistols on guitar, and outtakes of several tracks of Joe's final recordings with the band. This richly curated boxset was executive produced by Joe's widow Lucinda Tait and produced by David Zonshine and features exclusive new interviews with Joe's friends, collaborators and Mescaleros band mates, plus never-before-seen handwritten notes, lyrics, and drawings by Strummer taken from the Joe Strummer Archive. The release arrives everywhere Friday, September 16 on 4 CD w/72-page book and 7 LP w/32-page book, special edition packaging and exclusive 12"x12" art print.

While best known as the front man for The Clash, Strummer produced some of the most exciting work of his career with The Mescaleros. Strummer said during this period: "All that's happening for me now is just a chancer's bluff. I learned that fame is an illusion and everything about it is just a joke. I'm far more dangerous now, because I don't care at all." Joe Strummer 002: The Mescaleros Years highlights this intense period of creativity from 1999-2002, collecting for the first time such extraordinary albums as Rock Art and the X-Ray Style (1999), Global A Go-Go (2001), and the posthumous Streetcore (2003), along with Vibes Compass, a brand-new compilation of 15 B-sides and rarities, including early demos of some of the first tracks Joe wrote for the Mescaleros such as "The Road To Rock 'N' Roll", "X-Ray Style", "Techno D-Day", as well as the previously unreleased "Secret Agent Man" and the original recordings from Joe's last ever sessions, including outtakes of "Get Down Moses", "Coma Girl" and the song "Fantastic". All albums are remastered by three-time GRAMMY® Award-winning engineer Paul Hicks (The Beatles, John Lennon, The Rolling Stones, David Bowie) especially for the release and are packaged with extensive new liner notes, unreleased images, and four reproduction lyric sheets and chord charts from the Strummer archive.

"There's so much great music that Joe left us in his archive," says Joe's widow and the executive producer, Lucinda Tait. "We started this work with '001', so to focus on Joe's work with The Mescaleros was the natural second step on '002' because those songs he made with them just seemed to resonate so strongly and reinvigorated his connection with his audience at a level he hadn't experienced since his days with The Clash.

"He was so excited to work with the Mescaleros and the reception he got from the press and fans was incredible, it gave him a whirlwind of energy and confidence and he was creatively fulfilled and happy.

"His words are so beautiful and honest and together with the Mescaleros some fantastic tunes were created and to listen to some of the tunes recorded as outtakes for me was really special."

Rock Art and the X-Ray Style

Joe Strummer: Gates Of The West Holiday Benefit This Week