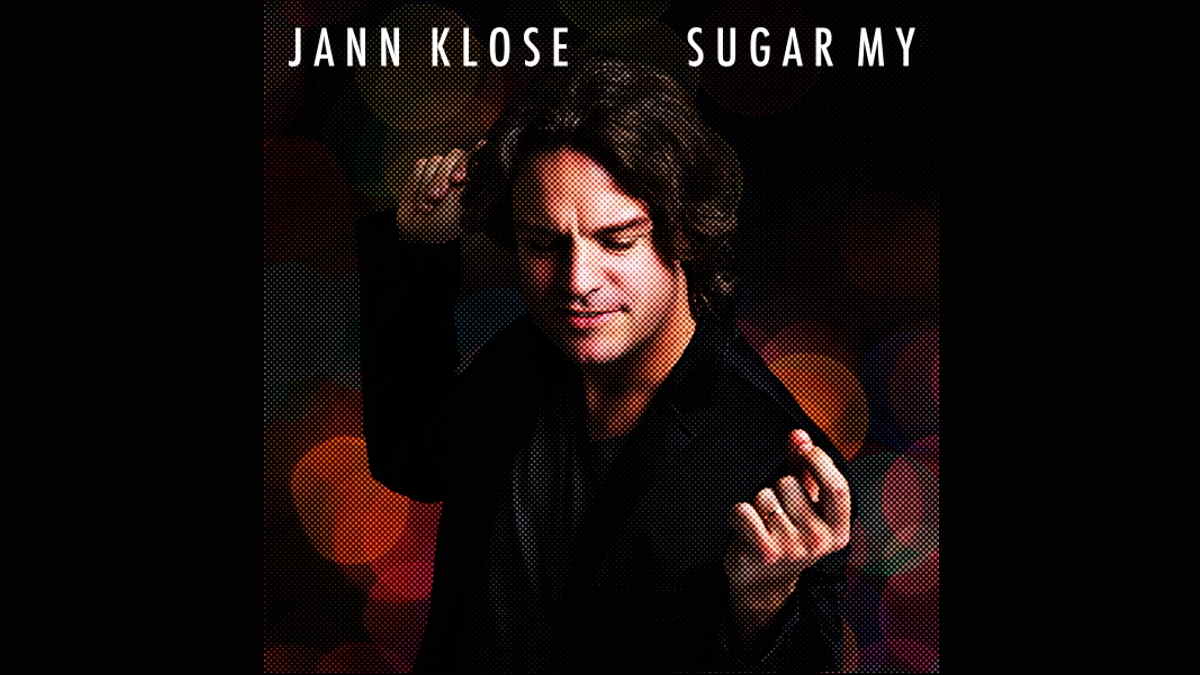 We are pleased to premiere the "Sugar My" video from Award-Winning Musician and Songwriter Jann Klose. Here is the official word about the new visual and single:

"Up is down, day is night - not what it seems! Like Alice in Wonderland, stuck in-between" sings Jann Klose on the chorus of his new single "Sugar My", from his upcoming 7th studio album, 'Surrender', to be released on Honey Rose Records. The song, a commentary on the sometimes baffling and inexplicable state of the world today, is a cinematic pop gem co-written with hit songwriter Alex Forbes (Chic/Nile Rodgers, Taylor Dayne).

Working with one of the industry's most revered songwriters, Jann has always admired Alex Forbes who has had hits with Nile Rodgers/Chic and Taylor Dayne. How the meeting came about and them eventually working together, is a wonderful story as Jann tells it "We met on the Forbes Yacht years ago when I was invited by a journalist friend to tag along on a ride up to West Point from New York City. It was quite the experience! Alex and I stayed in touch and she reached out to me after 'Love You the Most' became a YouTube hit. We started getting together for biweekly writing sessions during the pandemic and kind of became each other's 'therapist' while it felt like the world was ending."

What made the writing connection special for Jann was when they first got together to write, they immediately came up with a song that was fully written in about 2 hours. Jann was so impressed by her style and speed and wanted to keep working on more songs.

Jann recalls the writing session, saying "We wanted to create a feel of a sort of 'Alice in Wonderland' type vibe where there is a palatable sense of confusion and one is not entirely sure what's real and what's not. We wrote it at the onset of the pandemic, so it was very much a strong reflection on how we were feeling ourselves!"

Moving from writing with Alex Forbes, Jann joined Producer Marcus Dembinski to record the single, which in true pandemic style started in his bedroom studio until they could access the recording studio. "Well, at first it started there anyway and then, as things opened up, we tracked live instruments at Studio G in Brooklyn, New York," recalls Jann.

The release of the single is accompanied by the equally mesmerizing and visually stunning music video. Jann reunited with Alex Vishno, who also worked on his music videos for "Love You the Most" and "Pilot Light". Alex recruited Eileen "EJ" Jaworowicz to choreograph and co-direct, and she brought in the 10 incredible dancers in the music video.

Looking at the visuals and concept for the video and how it connects with the theme of the song, the music video for "Sugar My" celebrates this unity beautifully.

"It was really my manager, Morey Levovitz and Alex Vishno with EJ that conceptualized the idea. I think they intentionally sort of put me into a situation in which I kind of knew what to expect but only fully started to realize what they were going as we were shooting. As you can tell, there's a lot of trust involved, but I also knew that they got the song and what it was about, so I went with it. The idea is that people in the video start morphing from a state of disconnect into an open, free state where they become 'liberated'," remarks Jann on the concept idea behind the video.

It was a busy shoot day to put the video together, but one he thoroughly enjoyed! "We shot for 5 hours straight without any breaks at Studio 8 in Milford, CT! There were a couple of costume changes and makeup changes involved which really made it fun and exciting. The space we shot in looked fabulous so I think everyone's creativity was sparked and we were all "allowed" to be exploratory with our movement and performances."

With the brand new single and music video finally released, Jann has just one wish for those who hear and see "Sugar My". "I hope that people will love it as much as we do. It's a really fun, upbeat tune with a cinematic production vibe to it." Watch the video below: