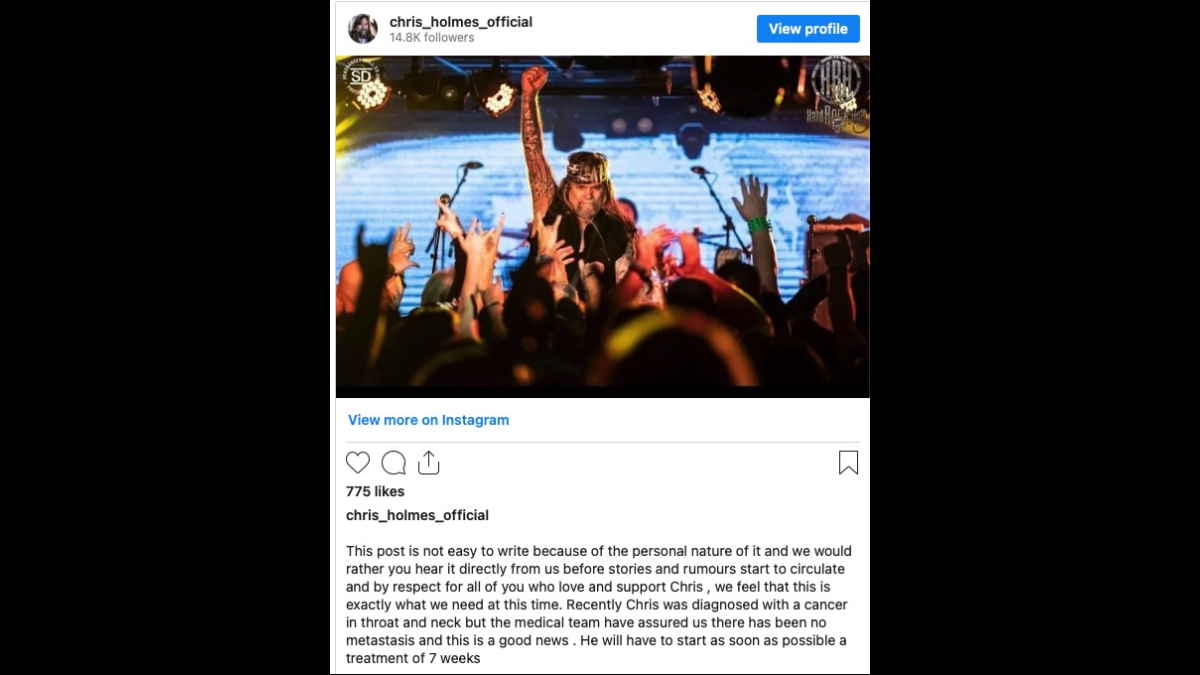 Former W.A.S.P. guitarist Chris Holmes has begun undergoing chemotherapy and radiation treatments for cancer, according to an update from his wife and manager Cathy Sarah Holmes.

Cathy broke the news to fans early last month that Chris had been diagnosed with cancer in the throat and neck. She shared an update on Friday (March 11th) via a crowdfunding page. She wrote, Thank you for all your messages for Chris, he really appreciates them.

"I apologize for not updating and answering all your worries and concerns but all my energy is for him for the next 6 weeks. Then I've decided to do an update every Friday and send it to Stephen Jackson , Kev Oakes who will share it on all the pages.

"Then Chris started the first chemo (he will have 3 rounds) last Monday . They don't let me sleep at the hospital then at 8pm I had to leave it was difficult . Chris said to the doctor 'Do you know in 10 years it is the first time my wife and I are separated' but when I arrived the next morning with a big smile he said 'I missed you'

"He started also his radiation every day from Monday to Friday. He has nausea and can't eat very well because of this, but the first week of radiation was ok. He don't suffer for now any bad effects.

"He is getting tired quickly but it is normal apparently. I was watching him eat yesterday and I told him 'I will never imagine I will be so happy to see you eat' he laughed

"He is in good spirit and positive.

"He asked to the nurse who do his radiation to take pictures this is one of them Chris want we share with all of you.

"We love you all