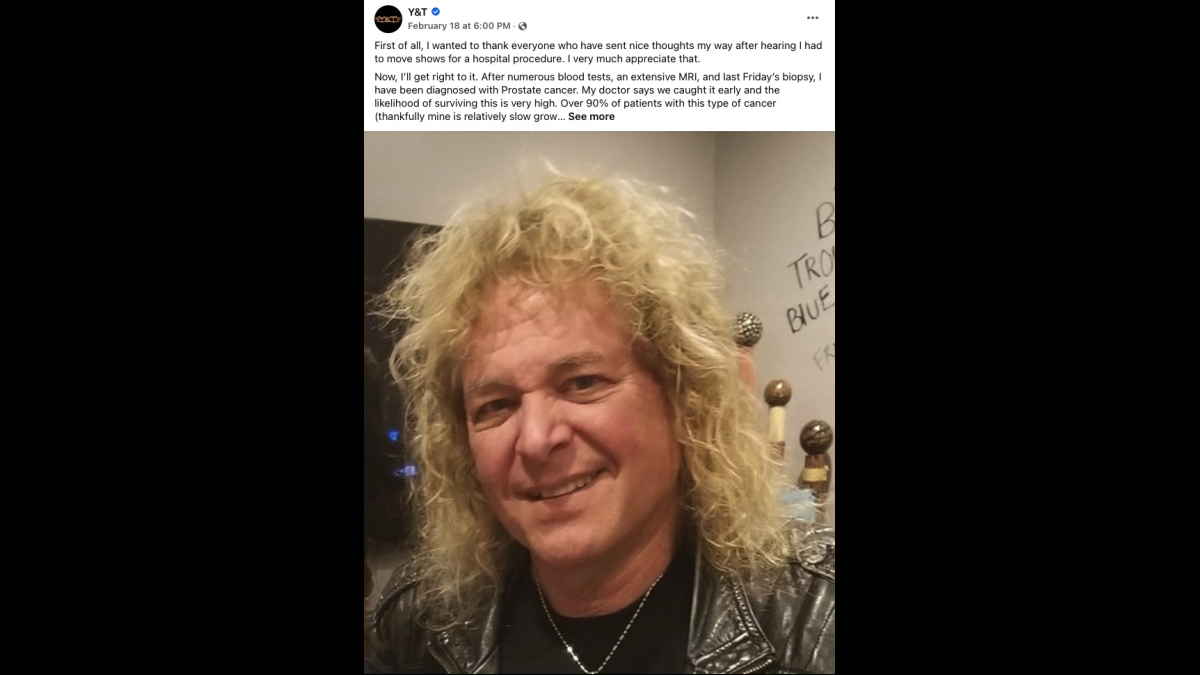 Y&T frontman Dave Meniketti has revealed via social media that he has been diagnosed with prostate cancer, but has a high probability of survival since it was detected early.

Meniketti shared the news on Friday, February 18th, with the following details, "First of all, I wanted to thank everyone who have sent nice thoughts my way after hearing I had to move shows for a hospital procedure. I very much appreciate that.

"Now, I'll get right to it. After numerous blood tests, an extensive MRI, and last Friday's biopsy, I have been diagnosed with Prostate cancer. My doctor says we caught it early and the likelihood of surviving this is very high.

"Over 90% of patients with this type of cancer (thankfully mine is relatively slow growing) are cured and live out their life expectancy. Having spent a lifetime of staying on top of my health, and having caught this early, may be the reason why I should fully survive this.

"I urge everyone to listen to your bodies & get regular checkups. I know plenty of people that didn't do that, and it has been the difference between an extended life and death.

"Concerning how this affects upcoming shows, the Santa Cruz and Tracy Theatre shows will be unaffected by this and will go on as planned. But because of my lengthy treatment schedule, coming after those shows, we must cancel the Phoenix, Las Vegas, Hollywood, and San Juan Capistrano shows. Check the Y&T tour dates page for updates. We're expecting all other shows to remain intact.

"Though I'm generally not a person that believes entertainers need to share their medical issues in public, I felt it was just too hard to keep everyone in doubt... especially since many of you have been with us for Y&T's almost 50-year career and are like extended family.

"Regardless of this news, I am doing fine, feeling well, and look forward to getting this behind me and continuing to bring the music to you for many years to come."