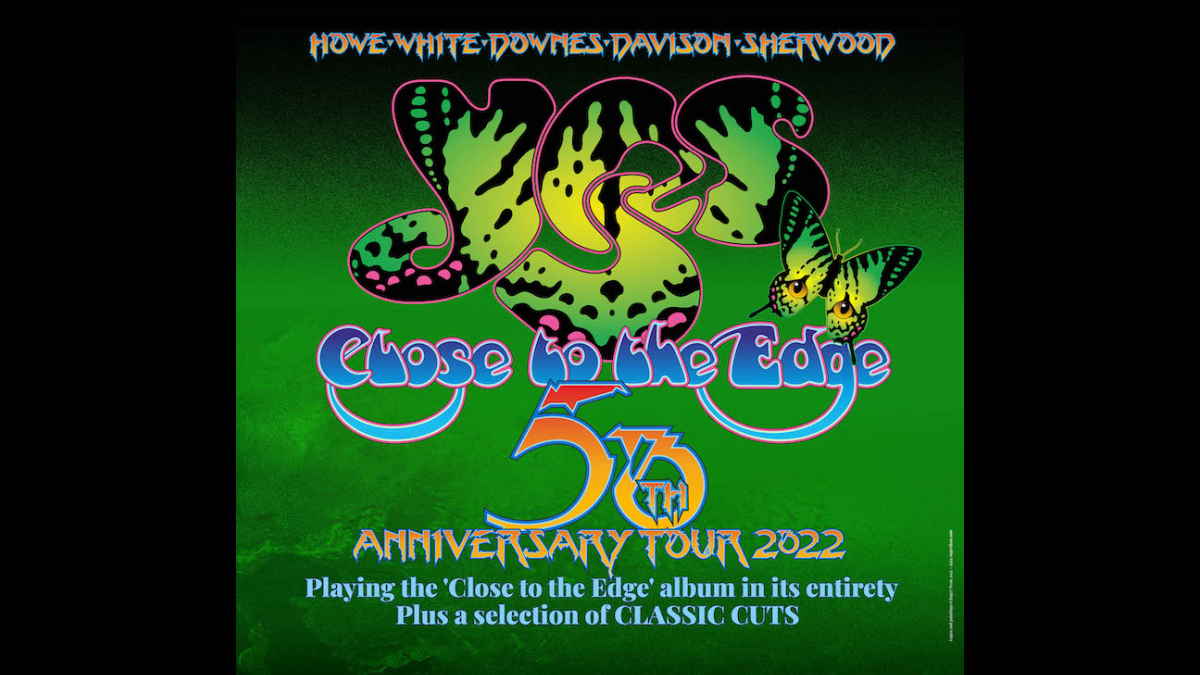 Prog legends Yes have that they will be celebrating the 50th anniversary of their "Close To The Edge" album on their upcoming UK Tour this June.

The trek, which was delayed two times due to the pandemic, was originally planned to celebrate their 1974 album, "Relayer", but will now include a performance of the full "Close To The Edge" album, along with select songs from their catalog.

Steve Howe had this to say, "We reached a real high, doing 'Close to the Edge'. "e valued the musicianship, the artistic ideas and the vocalising that people bring and that's why we're still doing it, because it's exciting to do!

"'Close to the Edge' was voted the most-proggy album possibly ever made. It was very experimental. We had already done 10-minute epics but with 'Close to the Edge' we just took it a stage further and I'm very pleased we were brave enough to do that."

According to the announcement, "A full performance of the Relayer album will now be featured in a future tour in The Album Series. The show will comprise full production and a high-definition video wall directed by Roger Dean who will also be joining the tour with an exhibition of Yes related art."