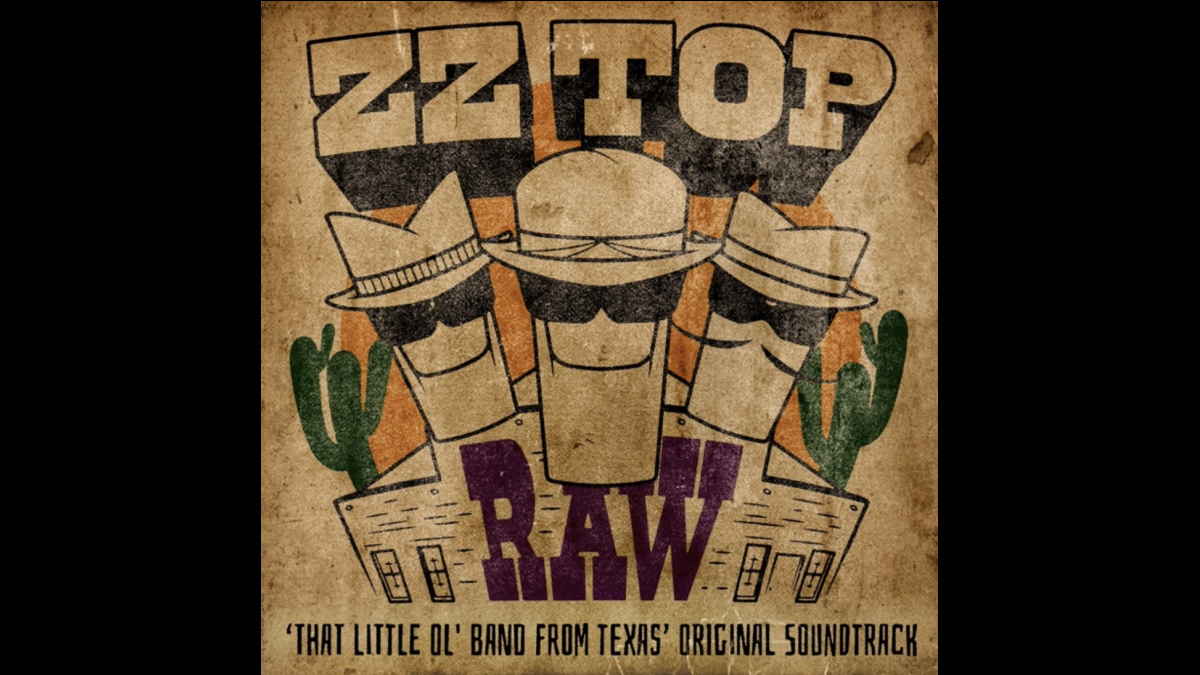 (hennemusic) ZZ Top are streaming their new live album, "Raw", in sync with its release on July 22. The project was recorded in connection with the group's 2019 Netflix documentary, "That Little Ol' Band From Texas"; the Grammy-nominated feature from Banger Films and director Sam Dunn includes an interlude that finds the group's classic line up - Billy Gibbons, Frank Beard and the late Dusty Hill - gathering for a very intimate session at Gruene Hall for a performance that provided the basis for the new release.

"The Director suggested we find a way to illustrate the early style from the start of our five plus decades run," explains Gibbons. "Gruene Hall, the oldest dance hall in Texas, was selected as a fitting backdrop to replicate the look of the band's very beginnings. When we arrived, we were surprised to see that all our gear had been transported there so, as cameras rolled, we picked up the instruments and commenced an unplanned jam session. Fortunately, our stage engineers were on hand with tape machines in place to capture the performances that went down. That became, in essence, the soundtrack to the film and now it's also an audio document of ZZ Top's early beginnings. Still going strong today."

Billed as "That Little Ol' Band From Texas Original Soundtrack", the project captures the vibe of a much simpler time in their career: the trio's early days in Texas.

ZZ Top recently announced the return of their Viva Las Vegas Residency at The Venetian Resort this December, with tickets for the series now on sale.

Read more and stream "Raw" in its entirety here.