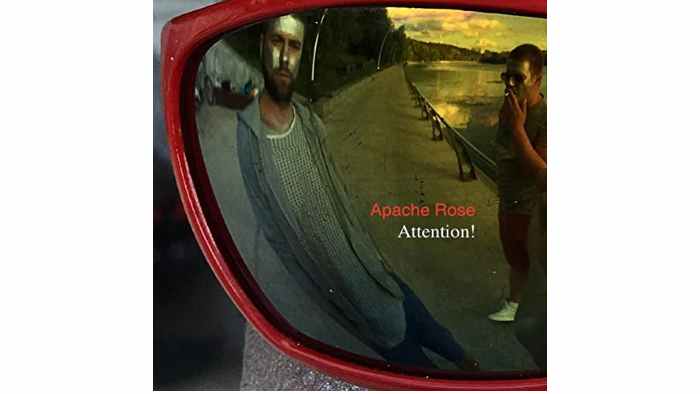 Apache Rose, a 90s rock loving, Moscow-based band, certainly has our rapt attention with its appropriately titled Attention! album. Maybe it'll take a rock band from the former Soviet Union to finally burst rock music out of its mid-COVID-19 doldrums. This ain't no sissy pop music, made by effeminate metrosexuals. No, this is gutsy rock & roll created by carnivorous rockers, and it's just what the doctor ordered.

The album's title cut bursts out like a wakeup call. It's sassy rock groove, supporting a snarling lead vocal. Another one, titled "You Kiss like a Girl," might worry contemporary social justice warriors, but when Apache Rose sings, "I don't need to tell you how to do your thing," it's said with full confidence and authority.

It's always wonderful whenever a group appropriates American rock & roll, and then it serves it back as good, if not better, than it was in its original form. The Russians are coming, so let's welcome them with open arms!