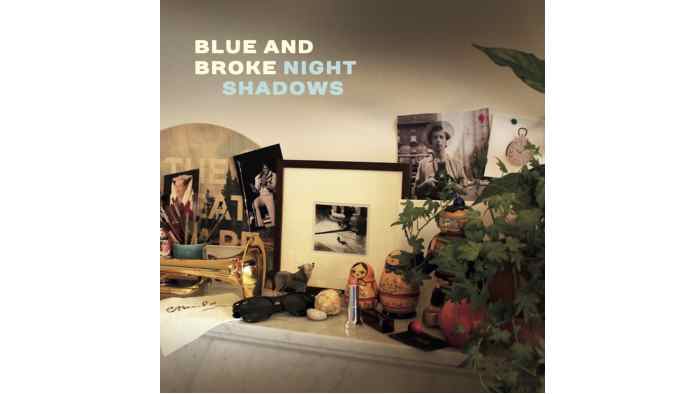 Just when you think Blue and Broke's Night Shadows album is going to be a fairly straight forward pop album, "Most Of The Time" comes along. Yes, this track is pop-ish. However, it also features a call-and-response vocal, which makes it sound more like a Black church choir singing on it. In fact, The Amstel Gospel Choir is listed as the credits for "Most Of The Time." This makes it gospel-pop, for lack of a better term, and highlights the wide variety found on the album.

Melissa Anthuenis sings lead on most of these 13 selections, although she's joined by Henk Hofstede on the album's title track. Anthuenis is a strong, noteworthy singer, who gives each of these recordings a personal touch. While "Night Shadows" has an electric piano arrangement, "Outside" works in some lovely jangling electric guitar. One that differs even more from the rest is "Dear Vivian," which finds Anthuenis adding in a spoken word part. While the act lists punk's original poet, Patti Smith, as an influence, one would not go so far as to compare its music to that unique pioneer. Smith is/was punk, while Blue and Broke is far more pop.

With that said, though, not being much like Smith is no slap against the band. For a pop band, Blue and Broke is far more adventurous than the large majority of contemporary pop bands and singers. This group is smart and eclectic and has created an album that features aural surprises at nearly every turn. One called "Ready," for instance, slips in some soulful horns and organ. These sideroads keep the listener listening closely for what may happen next, which is about as high of a recommendation one can give an album.