Brainsqueezed - I Am Not a Robot 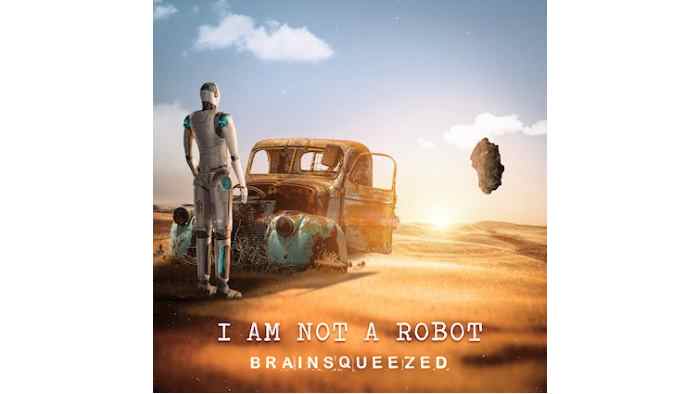 Whenever an album has a descriptive title, such as this one - I Am Not a Robot - it follows that the listener is intrigued as to just how much the songs support the title. There isn't a title song on the song list, so we can cross that one off. Perhaps, then, it's about all the emotion expressed in the various songs. As Spock so dutifully reminded us again and again, robots (of any kind) don't have emotions. And this project is chock full of emotional tracks.

Although Sebastien Laloue is the writer and producer of these eleven songs, he's not usually the voice carrying the project's various emotional songs. Instead, Marcello Vieira handles the male leads - which is the lion's share -- while Audrey Karrasch is the album's female vocalist. Karrasch shines particularly bright on the piano ballad, "Afraid of the Dark."

The album covers a wide area of lyrical subject matter, which is mostly of a personal nature. The record closes with "Black Summer 2019-2020," however, which is quite political. It speaks to the fires in Australia, placing some of the blame on climate change and poor forest management. The track also includes a spoken word section, as well as sonic build that includes jazzy saxophone.

One must conclude, in the end, there is no way any robot could have created this album's overly emotional music.